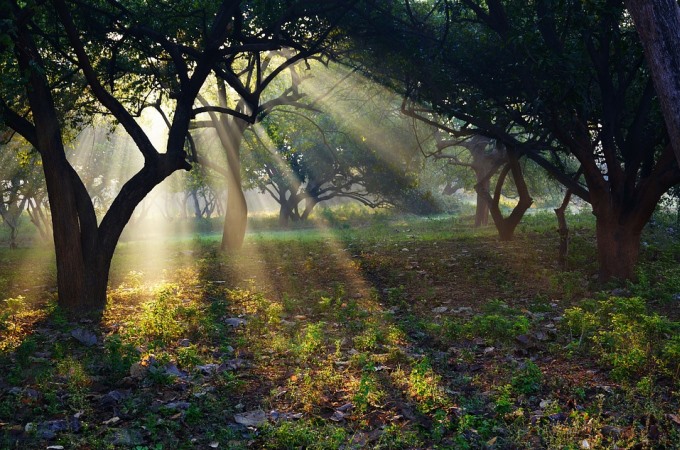 I happen to come from a city in Africa where infrastructure is adored and the luxury of skyscrapers and high-rise residential apartments catches the imagination of every urbanite with much greater tenacity than the grandeur and calmness that come from the pristine wilderness, a characteristic now left to the less industrialised countryside. This city is Nairobi, Kenya’s capital, where the idea of modernisation and nature conservation as compatible paradigms is still remote, and the efforts to “green the city” are yet to take root.

This is why I was extremely impressed, if not somewhat surprised, when I landed in Delhi about two years ago to find a city that has excelled in what many others are still struggling to achieve. Yes! It is not an exaggeration; Delhi metropolis is a forested city to the effect that it earned a credit from the 2004 Nobel Peace Prize winner Prof. Wangari Maathai who in her recent visit to Delhi exclaimed that in all her previous travels to many cities around the world, she had not yet seen a city as green as Delhi.

While Prof. Maathai’s claim may be her personal opinion on Delhi’s green, her international recognition and authority as an environmentalist cannot be ignored, especially when her opinion is shared by many like minded visitors.  I may not have traveled as much as she has, but I certainly have enough reasons to echo similar sentiments, having witnessed over the last two years the status of Delhi’s green improve from few trees along the sidewalks to bunches of them in the parks and forests in the reserves in and around the capital.

Yet, greening Delhi has not come at the expense of the complex infrastructure needed to compete with the global market today – not at all.  The city scores high on both counts.  An hour’s walk to any direction from the city centre reveals a lot to please the eye: burgeoning suburbs, expansive shopping malls and office building replete with the latest fashion of technology bespeak of the city’s capacity to join the rest of the world in the effort to globalize.

What is most striking is the extent to which environmental awareness has taken root among the professionals in Delhi. While political impasse and economic demands by unscrupulous stakeholders have militated against holistic environmental protection, it is noticeable that there have been instrumental policy changes and legislative achievement that have protected certain sectors of the environment, thanks to the concerted efforts of environmental activists and the judiciary.

The case of CNG makes for a good example.  Since it was implemented, air, for those of us who have to walk and work in the open daily, feels a lot cleaner and fresher.  Moreover, with the recent introduction of underground Metro Rail System and the bid to improve the public transport sector, the future of Delhi’s ambient air standards is bound to improve. The Metro is electric-powered and public transport system is on CNG, both of which are emission free; therefore, as more and more urbanites prefer public transport to their own means of conveyance, it will be a milestone achievement with regards to cutting down on greenhouse gas emissions.

Granted, of course, is the fact that Delhi metropolis, like many other cities in the developing nations, has its own dark side with everything in this realm seeming to contradict every effort to protect the environment and maintain the greening so far achieved.  Recently, for example, the MCD issued a ruling which, if successful, may see to the total demise of over a thousand trees in the vicinity of Delhi University Campus.

This tree felling spree is supposedly meant to pave way for the coming Commonwealth Games.  However, to many of us who have enjoyed the beauty and the cooling effect of these trees, it is a move that goes against the grain and needs to be stopped at all possible cost. Instead, it is the site of rotting garbage left lying along the road side and poorly maintained garbage bins and landfills that ought to worry the responsible authorities as the euphoria of holding Commonwealth Games continues to inspire developmental projects.

Ironically, waste management is a major responsibility of the MCD which the authority seems to have neglected while they unleash their wrath on the innocent trees. Even so, to emphasise these few unrealistic policies and seeming irresponsibility is, in my opinion, to lose sight of the bigger picture.

We are talking about a city that has earned its status as the capital of the largest democracy in the world!  From such a perspective, challenges are a welcome opportunity for future growth and failures are an expected part of developmental process. What is important therefore is to realize and acknowledge the progress thus made in the realm of environment, even amidst political and economic hurdles.

In comparison with other cities of its caliber, Delhi has evidently greened itself, much to the credit of the conscious minds of environmentalists and Delhi’s academia. This is my experience, or rather the way I see it.

One thought on “Delhi and Its Green: Forest in the City”

Cleaning the Yamuna Drain in the Capital

Sun Jun 3 , 2007
Share on Facebook Tweet it Pin it Share it Pin it Email Cleaner Yamuna: Greener Delhi  The Yamuna in Delhi has been in a bad shape for quite some time now. The Commonwealth Games’ construction on its floodplains has only aggravated this to such as extent that concerned citizens and action groups are losing patience […]