Recession and Environment: Why Bother? 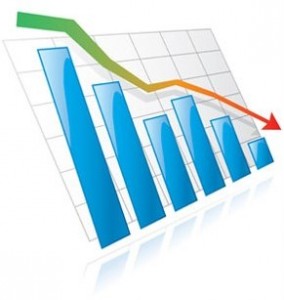 Between April ’07 and December ’08, some big names like CitiBank, HSBC, Morgan Stanley, BNP had their over billion dollar portfolios degrade rapidly. There is a real and present danger of recession in the global economy. As a response to this crisis, over the last few months have seen large global financial institutions and banks being bailed out by their respective governments in their countries in America and Europe, as well as other emerging markets economies. Stock markets collapsed in October ’08 in India too and now in December they are fluctuating but within margins.

There were three immediate Global impacts, that were experienced even by us in Delhi. There was food crisis in Asia, in January ’08, inflation was up giving rise to increased food grain prices in the local markets. The daily consumer commodities prices rose by 20 percentage points. Prices in capital asset prices were also increasing. But due to timely actions by respective governments that influenced the agricultural decision for food grains by farmers, such as increased support prices for food grains – brought the food crisis under control in India, and commodity prices are now stabilising.

While prices are high, they are not rising. By August, food inflation pressure has reduced, now policies are focusing on asset price decline. Oil prices have reduced substantially form $140 a barrel to less than $100 a barrel. Over next one year, hopefully, commodities, oil, and food will stabilize, due to falling prices.

Given this global financial crisis should our community of ‘Delhi Greens’ be bothered and why? In what way do changes in economy affect our physical environment of Delhi as a metro city? These are some of the obvious questions that would come to us.

Impacts experienced in Delhi are that of job losses, wage cuts, no new jobs being created, fall in consumptions of food, consumer commodities, and consumer durables. What would be the possible environmental impacts of this on our city of Delhi, is something each of us needs to think about and be concerned.

Some obvious impacts are budget cuts on public spending on environment, increased poverty and migration to cities. As every poor person knows no one starves in city, so in case of food shortage and crop failures, migration to urban areas is often a crisis response. Trees and branches are used for, shelter, fuel wood, fodder and fire. All plans for improved water and sanitation, solid waste management take a back seat.

But others impacts could be lesser visits to Malls, and reduced spending on fast foods and entertainments…So be present to it, do write and share your perceptions on this…there is no correct answer…so be bold and speculate on these interconnections…

One thought on “Recession and Environment: Why Bother?”