If you thought the Commonwealth Games was constructing only on the floodplains of river Yamuna, here’s a piece of news for you.

Parts of the University of Delhi have now become inaccessible to the students of the university. Spaces that saw annual hosting of events, meets and get togethers are now busy being constructed upon and lost forever, for the Commonwealth Games 2010.

UNABLE TO secure permission to use the varsity polo grounds to host an annual fest, three DUSU office bearers allegedly vandalised the proctor’s office on Monday afternoon. Vice president Manohar Naagal: secretary Ashish Chaudhury and joint secretary Ashish Gahlot went over to Proctor Gurmeet Singh’s office and reportedly broke windows and tables. “All office bearers, except President Nupur Sharma, were the ones who resorted to vanadalism. The university cannot provide the polo ground for it’s being used for Commonwealth Games construction purpose,” said Deputy Proctor M.M. Raheman. The police have registered a case.

Wed Jan 7 , 2009
I talked about IPCC‘s contribution in converting the fear of failure of cities as a ‘some day not now’ phenomenon into a right here right now reality. What does this reality look like for our city of Delhi, no doubt a mega city. Delhi NCR region generates solid waste to the tune […] 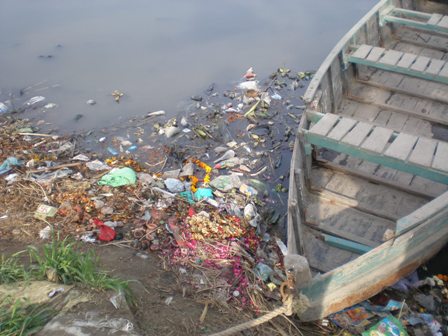