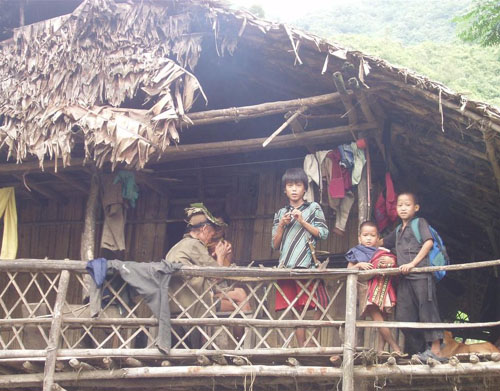 A Nyishi tribalfolk house in Arunachal Pradesh –  a state who’s hydroelectric potential is being ‘exploited’ in the name of development.

The meeting will be chaired by Shri Ramaswamy Iyer, former Secretary, Union Ministry of Water Resources, Govt of India. Ratan Bhandari from Water & Energy Users’ Federation Nepal will present the impacts of the India-driven hydropower program in Nepal.

“Mountains of Concrete” is published by International Rivers and can be downloaded here. Hard copies will be available at the launch.

After the launch meeting and tea break, please do stay back for the first ever screening of a 33 minute documentary film “Rhymes and Reasons of Confrontation” on the people affected by the proposed 3000 MW Dibang Hydropower project in Arunachal Pradesh.

For more information and to confirm your participation, please contact:

Selected key findings and questions from the report:

Global warming is changing the Himalayas faster than any other region of the world. The mountains’ mighty glaciers, the source of most large Asian rivers, are melting.

Against these dramatic changes, the governments of India, Pakistan, Nepal and Bhutan are planning to transform the Himalayan Rivers into the powerhouse of South Asia. They want to build hundreds of mega dams to generate electricity from the wild waters of the Himalayas. Most of the large hydropower projects planned for Nepal and Bhutan will be financed and constructed by Indian companies, for export of electricity to India.

The dams’ reservoirs, tunnels, transmission lines and related works will destroy thousands of houses, rivers, forests, fragile hills, towns, villages, fields, ecology, spiritual sites and even parts of the highest highway of the world, the Karakoram highway. But who will reap their benefits? Will they be able to generate as much electricity as promised? At what cost? For whom? How long? What will happen to the people, ecosystems and rivers of the Himalayas if the dams are built and climate change takes its toll?

You are requested to join us for tea/ coffee and film screening after the launch.

Mon Jan 12 , 2009
Green Gadgets and Core77 invites all to generate outstanding design innovations for greener electronics. Designers are invited to explore the concept of “Greener Gadgets” to create the greenest blueprint solving issues behind energy, carbon footprint, health and toxicity, product lifestyle or social development. Challenge: All you need to do is – Make a […] 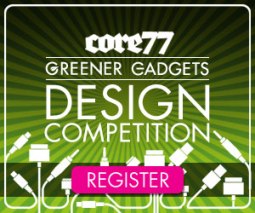