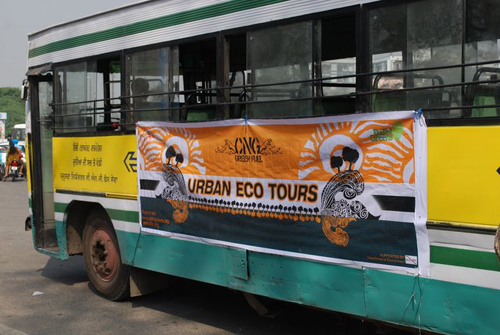 Early on a moderately hot March morning, a motley group of individuals assembled outside the Vishwavidyalaya Metro Station milling about a DTC bus with a banner that read ‘Urban Ecotours’. Amidst queries from Rickshaw wallahs and the curious stares of passers-by, there seemed to be a palpable sense of excitement just beneath the surface. The Delhi Greens Urban Ecotour of North Delhi was about to begin!

The bus made its way across the north of Delhi to the Bhalswa Lake and Landfill complex, which boasts of “water sports for the whole family”; but it was only when we reached that we found that Sundays are not necessarily the best day for family water sport events… But after calling out to the guard through locked gates, the group did finally manage to enter the complex and see the lake itself.  In the words of Govind, “Imagine a lake and a hill at the head of it. Now imagine that the hill is a landfill and the water a three-and-a-half foot deep, shrinking water body.” For most participants, the visit was an eye opener.

A fifteen minute discussion later, the Urban Ecotour Bus moved on to the Yamuna Biodiversity Park (YBP), where led by Dr. Faiyaz Khudsar, Scientist-In Charge at the YBP, the group toured the Biodiversity Park. One of the capital’s prominent centres for learning and understanding the environment, the Yamuna Biodiversity Park has become a home for biologically rich wetlands, grassland communities, a wide variety of fruit yielding species and an abundance of medicinal herbs. Twittering birds, thriving wetlands, and the once-extinct natural fauna that the YBP is home to are all enough to take one’s breath away. Add to that a picturesque bridge, and a walk through what seems a million miles from the concrete jungle of the city’s heart, and it all adds up to one memorable experience!

After a rather adventurous lunch at the Nature Interpretation Centre, the group moved on to the next leg of the tour.

Turning off from the Wazirabad barrage, a few hundred metres along the side of the river, one reaches a rather strange and unexpected sight in Delhi – a turquoise blue, startlingly clean river. “Wait a minute,” said one of the students on the tour, “are you saying this is the Yamuna?!” The answer to that is, thankfully, affirmative. As born-and-brought-up Delhiites climbed down a rocky path, bent down to actually touch the river, and arose with an almost-pious expression on their faces, we knew that the tour had been a success. It was almost as if the human excreta that mauled the visible and the olfactory senses along that trek down to the river paled in comparison to the glorious sight of a flowing, living Yamuna.

It was then time to establish what happened to this river after it came into the city. At the Wazirabad Barrage, only 10% of the river flows through…the rest of it is used up to quench the thirst of the city. The next and last stop on this Ecotour was the Pontoon bridge at Majnu Ka Tila, where a black, putrid water body snaked away beneath the bridge. It was hard to imagine that a few metres from here, this was a river.  Majnu Ka Tila is also the site of the Tibetan refugee colony, and as 2009 marks the fiftieth anniversary of the Tibetan government in exile, an interaction with some of the Tibetans there seemed appropriate.

Discussing topics of such political colour began in a little falteringly, but as the Tibetans and the touring group became more comfortable with each other, the conversation flowed to include topics like national identity, freedom, the Chinese government, and even celebrity support to the cause.

All in all, it was a useful day, spent in getting to know Delhi a little more intimately. The heat may have given a few of us a headache, but it will not be wrong to say that at the end of it all, it was worth it. 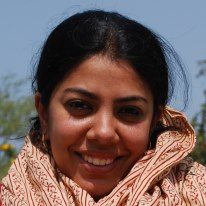 Vidya Subramanian has been associated with Campaigns at Delhi Greens. 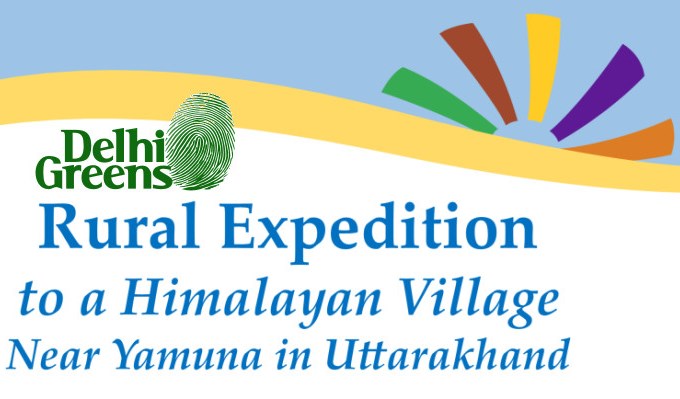