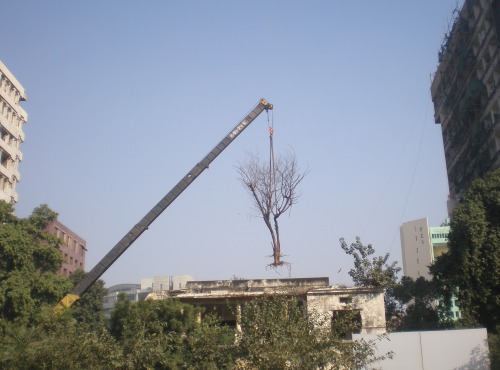 A tree hangs not knowing where to go (and neither able to): an art piece from the 48c Public.Art.Ecology Festival

The summer this year has been unusually–yet predictably–very hot. Hotter than previous Delhi summers in ways more than one: with not just a peak daily hot session but the high heat intensity starting earlier in the day and not giving any real relief until long after dusk. The city has become an ideal case study for the proponents of climate change, and with the monsoon both arriving late and only giving a guest apperance, the impact of global warming has never been so evident to so many.

But is there more to the Delhi summer (heat) of 2009? The city is clearly under construction at present: both under and over ground. Delhi Metro, BRT corridor, Games Village, Malls and what not. And the heat from the large number of drilling machines, construction equipments, ACs needed to make the underground in working conditions etc. surely adds to the city’s heat budget. But that is not all. This ‘development’ also requires and has already removed a large number of trees that provided relevant ecosystem services.

Aravallis – one of the two lifelines of Delhi city have been in the news almost for a major part of this year. Their manmade denudation, especially in the southern, south-western part of the city sells excellently as construction material for developing Delhi. The remaining land returns excellent real estate capital. However, the denudation is only the first self-alert sign of Delhi’s climate changing from semi-arid to completely arid, and the warning of a desert like situation in the near future.

The sale and use of Air Conditioners (AC) in the city this year has been at an all time high. A shift from Coolers to the AC has more to do with survival than inflation and this is further adding more to the heat budget – a vicious cycle of no return that I am afraid we’ve entered 2009 summer onwards.

5 thoughts on “Why is Delhi So Hot This Summer?” 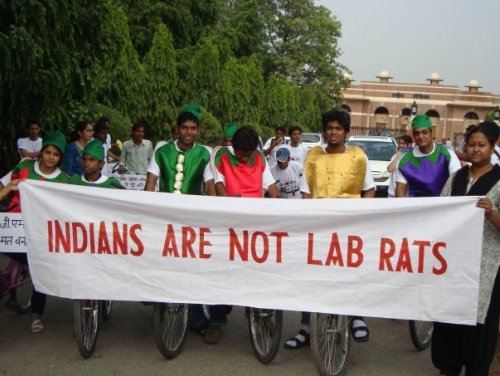