Pillar 67 of the Metro line broke causing a crash on 12 July 09. It had developed a crack in March and after placing 400 tonne launcher on the repaired pillar, the cantilever crashed. Subsequently out of the four cranes that were commissioned to clear up – three of them boom snapped.

Collapsed span in the construction of the Delhi Metro Rail is a problem for the media, for the politicians, for the architects etc. In short, all of us living in the city who have wished for the Metro Rail to be successful are now apprehensive about it. This is not to say that the collapse of the pillar is not to be investigated and corrective actions taken. I am talking about the media panic and the political drama that followed.

In the image of an ideal city of Delhi there is no space for problems. Delhi is designed and presented by the city planners as a dream city, where everything moves very smoothly. In the ideal Delhi, we all operate from the assumption that ‘problems should not be.’ Consequently each and every possible precaution is taken and attempts are made to manipulate resources and people in order to make the problems disappear.  We adopt strategies to reduce the risks and adopt a behavior that is consistent with that assumption.

So when accidents happen they are seen as a problem that should not be. Operating from this context, every breakdown is seen as something that could have been avoided, something that had to be resisted, and somebody needs to be blamed for it. That is exactly what happened. When the pillar broke media coverage indicated that there was laxity in the checks and balances and accountability of construction companies came into questioning.

The outcome was that moral blame was accepted by the upright and conscientious DMRC Chief, E. Sreedharan. For Mr. Sreedharan responsibility is not a burden but a privilege he grants himself, and a context of profound commitment from which he operates, so it is very easy for him to take the full responsibility of the project. This allowed others to rise above the petty blame game, and that, allowed the space for people to choose sides and support him in what he represented as an honest upright man dedicated for solving a problem truly worthy of his attention:  a quick and environmentally safe solution to the problem of traveling in a metropolitan. His resignation was not accepted and he is back in action to ensure that the larger problem of metropolitan commute is solved.

Here is a thought: Instead of operating from the assumption that ‘problems should not be’ if we  accept that ‘in life there are problems’, then what becomes possible is to actually choose problems that are worthy of our attention.

Invite: (Saving the) Brinjal (As We Know It) Festival in Dilli Haat

Fri Jul 17 , 2009
Brinjal, baingan, is the king of vegetables which comes with its own crown! The Conveying Collective of Delhi for I am No Lab Ratis organizing a day long event that will celebrate the diversity of Brinjals and contemplate our role in protecting them. Come and interact with Brinjal’s to learn […] 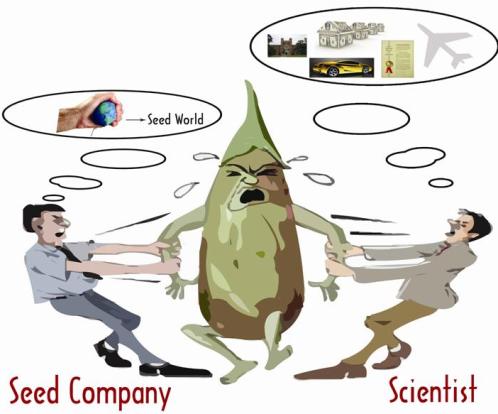