The recent total solar eclipse episode is a once in a life time opportunity for any living being on this Planet. The next one is 105 years into the future. The entire audio visual media attention was on it. Every channel covered it in two very distinct ways. Each channel had atleast one scientist covering it and giving comments on the eclipse, how it occurs and its rarity. Along with this there would be images of hundreds of thousands of people who had gathered on the river side of Allahabad and Gaya. These are religious places with people taking the ‘holy dip’ in the river Ganga after the event.

The basic questions that were posed by the event were the same for which both the systems of knowledge tried to provide answers using their systems of beliefs. Namely: Is this event unique or rare? Is the event bad for human beings? Do we need to take precautions to protect ourselves from the event? Is there a causal explanation for what you have seen in the sky? Can humans be protected from its dangers?

The scientific community explained the uniqueness of the event scientifically by attributing an angle at which the moon revolves round the earth. It explained that it is bad to the naked eyes and hence one needs to take precaution to protect oneselve from the viewing of the event. Thus it provided a causal explanation that can be replicated in lab conditions. Humans can be protected by wearing special glasses before looking at it.

Thus there are two separate forms of knowledge one propagated by scientific understanding and another propagated by religion. Each posing exactly the same questions and coming with very different answers and proposing completely different solutions. It is Mary Douglas a symbolic anthropologist who has proposed an analytical look into how systems behave in relation to purity and danger without getting into which is true or false. Any form of Systemic inclusion and exclusion, can be translated into the anthropological question of “purity and danger”. Thus every system of belief will classify irregular, rare, esoteric, as dangerous and hence impure and therefore needing cleansing rituals.

What you choose to believe is up to you. Will it protect /prepare you better from the unknown? It is anybody’s guess.

Thu Jul 23 , 2009
1. Tiger Supports Livelihood Tourism is the world’s biggest industry. On the ecotour front, the tiger is a star attraction for not just the Indian tourists but also for the people coming from other countries. There are foriegners who come to India only to have a glimpse of the tiger and then […] 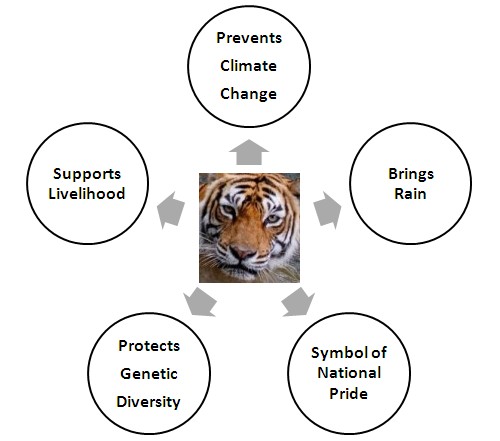