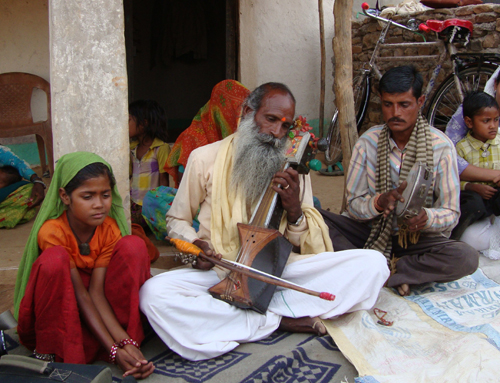 A Moghiya Tribal outside his house on the outskirts of the Ranthambore National Park, one of the first “poacher” to be rehabilitated by Tiger Watch

Continuing with the spirit of Save the Tiger campaign of Delhi Greens, I have an interesting story to share about the Moghiya Tribe that specialize in tiger hunting in Ranthambore, a Tiger reserve in Rajasthan.

This was narrated to me by a Moghiya tribal during a recent visit to Ranthambore as a tourist. Moghiyas are a sect among the Bavadias who claim to be loyal courtiers to the Kingdom of Udaipur. When the then King of Udaipur, Maharana Pratapsingh had lost his kingdom to Akbar, he had taken refuge in the forests. His loyal courtiers went with him and they pledged to never return till the King regained his rule. Until then, they chose to be rebels and sought shelter in the jungles. When the King could not regain his throne and died in exile, the loyal followers kept their word and did not return to the kingdom.

The Bhavadias got dispersed and their families got divided into separate clans over time, the main six clans can be identified even today. Some of them continued to live in forests. Others chose mobility, still others settled in villages. But none had lands or chose to get into settled agriculture.

Moghiyas, literally meaning tiger hunters, is one of this clan. Others include Kalvelias – snake charmers, Sasis – who  run brothels, Ghadia Lohars – black smiths, Phase Paradhis – hunters that lay traps for animals and birds. They chose not to be settled in one place. Not having land of their own and being soldiers known for valour – who had rebelled against Akbar, they continued to be ‘untamable’ by the Mughals and the British. Administratively it is difficult to control human groups that are not tied to lands.

Mobility was used by the Bavadias to continue to be more powerful and free spirited by choosing whatever occupation that suited them. The British branded them as ‘criminal tribes’ and tried to control them by tracking their movements. Whereever they went, their entry and exit to the villages had to be noted by the Kotwal of the village. They were usually the first suspect and were rounded up for any crime committed in the villages of their proximity, be it robbery, dacoity or murder.

What is interesting is that tiger hunting has been a sport and a sign of valour all through the ages. Historically the Aravallis and Vindhyas formed a continuous forest cover where the tigers could move freely and were plentiful. Hence the tiger hunts. Hunting as a leisure activity is still enjoyed by the elites today, albeit clandestinely. The hunting lodges and palaces still display Tigers mounted as Trophies and pictures of hunt by every ruler and his entourage.

In these Royal hunts, typically the elite hunter fired the final shot that killed the Tiger/s, after the Tiger is trapped and made ‘safe’ for the hunt. So some one had to take the risk of driving the tiger into the arms of the hunter and that job was done by the Moghiyas such that over time, they specialized in taking these risks. Now that hunting this big cat is banned, they are called ‘poachers’ and punished for doing something they were not only patronized to but also made to master.

One thought on “From Tiger Hunters to Poachers: The Epic Journey of the Moghiyas of Ranthambore”

Spend One Day As an 'Environment Friendly Person'

Fri Jul 31 , 2009
2      Editor’s Note: Sampa Kundu has been working in the development sector for the past few years and after having finished her M.Phil from the University of Calcutta, has just moved into Delhi and has already begun exploring the city. After the sunset, its time to green the sunrise, the very […] 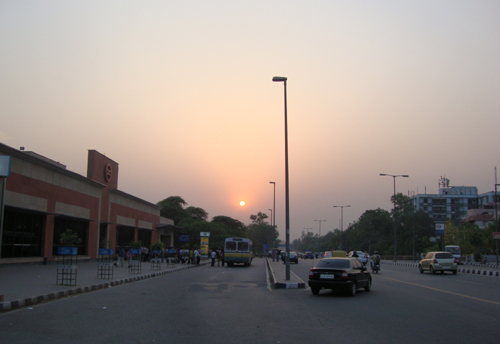