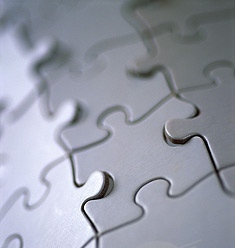 Context is decisive. It all depends on how you look at an issue, that provides the solutions that it throws up. Sharing with you one anecdotal example in the context of malnutrition among children below five years of age in a South East Asian country.

A certain development professional was given an assignment to remove malnutrition from the poor rural community in a South East Asian country within six months. Those of us, who have some exposure to the development initiative, will be well aware that a baseline survey to assess the status of the community is a first step to any social policy intervention.  Only carrying out such a baseline survey of a community easily takes an year. Therefore an action program that shows measurable outcomes within six months is an impossibility.

Faced with this challenge the professional talked to others and was advised to look at the community for new learning and action. So he went and stayed with the poor community and observed for clues. What he found was that all the families earned a living as agriculture labour. There were some families among them whose children were not malnourished. He wondered why and decided to follow these family routines over a few days each. What made these families unique where just three things that they did differently from the other families.

First the mothers of these children fed their below five year olds with their hands as against leaving the food for the children to feed themselves. Second, they added the greens of Casaba and Sweet potatoes to the meals and fed these three to four times a day to the children. These greens grew on the farms that these labourers went to. So no special effort was needed. Finally when they went out for labour work, they collected crustatians like small crabs and bivalves and brought them home to add to the food being cooked for the children.

Given this ‘key’ to reducing malnutrition among children, all that the professional had to do was to draw others’ attention to this. This was done by organizing group camps for collective cooking, where the mothers from these families also joined in. Their habits were observed by others, along with their healthier children. People and especially young mothers are smart and given an empowering context to operate from they can and do make a difference in the lives of their young ones.

FAT: Workshop for Women on Social Media for Nonprofits

Sat Dec 5 , 2009
Share on Facebook Tweet it Pin it Share it Pin it Email With the objective of empowering women through technology, Feminist Approach to Technology (FAT) is organising a three day workshop for women on “Online Campaigns and Social Media for Nonprofits”. You’ve probably already heard about using social media as […]