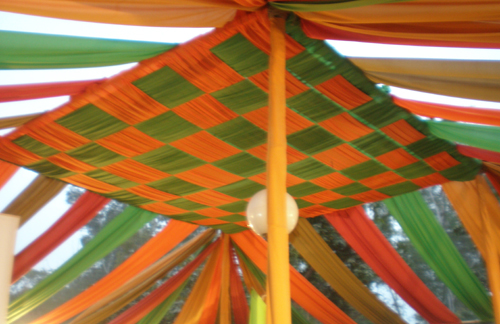 The Sarai Programme at the Center for Study of Developing Societies, Delhi is an interdisciplinary platform for the investigation and interpretation of contemporary urban experience. Sarai produces events and processes, publishes offline and online content and generates contexts for research and creative practice concerning contemporary urban conditions.

The Sarai Media Lab invites expressions of interest and intent from artists and practitioners in diverse media – textual, visual, aural, spatial and temporal – who could be – visual artists (photographers, sculptors, installation artists, graphic artists), writers and independent scholars, filmmakers, architects, experimental musicians and composers, sound recordists, performers and people whose practices straddle or transcend different areas of practice  – for participation in the ‘City as Studio’ Project.

The City as Studio initiative will create contexts for high intensity inter-disciplinary processes at different locations in Delhi and at the Sarai space at CSDS. Sometimes these process(es) may be rendered as an exhibition, at other times as a gathering, as a library, as a temporary archive or as an occasion for performances, conversations and debates. At still other times it may take the form of a workshop, a temporary atelier, a media studio, a publication or an online
platform.

The City as Studio is neither a one off event, nor a workshop or a residency, nor a festival or a simple cluster of public programmes – though it has elements of all of the above. It is primarily a method of generating a new public profile for creative work in the city, a scanning of the horizon of possibilities that can be opened up in urban spaces through the presence of art, experimental cultural activity and public exchanges.

Possible areas of that will be reflected upon could include but need not be limited to:

Sarai invites applicants to imagine that the city itself is their studio, and that urban realities are their materials in order to create artistic work that acts as a body of public knowledge in and about the city.

Applicants are invited to write a short (no more than two pages) note sketching an idea or ideas that they would like to develop, participate in, or create. We will consider this note to be an expression of intent (not as a fully worked out proposal, but as a sketch of what the applicant would ideally like to do if presented with the possibility of responding to the city) and will evaluate it on how best, how imaginatively and resourcefully an applicant responds
to urban situations, questions and processes of their own choice. We are looking for forms of intervention into city life that cannot easily be defined, appropriated or neutralized. Projects that straddle artistic expression with a research imperative, that intervene in, enlighten, and critique the city, will be especially welcome.

Based on our evaluation of these expressions of intent, we will invite 10 artists and practitioners for the fellowships, and they will work in dialogue with the Sarai Media Lab. The range of the proposed artistic projects and media interventions could span free standing art works to proposals for mini-exhibitions, installations, performances
and happenings, publications, sound works, video, mapping and GPS driven projects, internet and mobile phone based works, graphic novels, public art works, graffiti and signage and speculative architectural proposals.

The fellows will receive a bursary of Rs 65,000/- spread over a period of nine months.

Anyone above the age of 21 with a bank account and a PAN number in India can apply for this fellowship. While the City as Studio initiative will be located in Delhi, there is no bar against people from outside Delhi applying to take part in this process. But, it is an imperative for the applicant to commit to participation for the ‘on-location’ process in Delhi during July and August.

What Should Applicants Send:

Where to Send Applications:

Send the application as an email, with attachments to medialab@sarai.net OR a hard copy to City Studio, Sarai/CSDS, 29 Rajpur Road, Delhi 110054.

When can you expect to hear from us:

The list of selected candidates will be posted on the Sarai webstie www.sarai.net on 15th January, 2010.