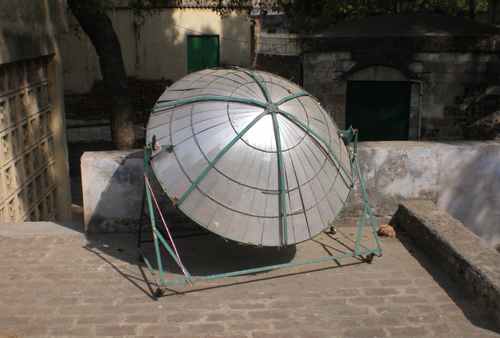 Now we are really thinking and looking for actions in the area of climate change as is obvious though your feedback comments. Using home cooked food, not buying water, reducing plastic usage, exploring possibility of where else can we plant trees besides government lands. Truly practical and do-able concrete solutions come to mind for some of us reading the blog. I truly appreciate you putting your mind and thought to it. Thank you for the simple steps that you guys succinctly suggested.

Using popular media coverage including print media, as a thermometer to gauge the feelings of the people on this earth it is obvious that the majority of civilians are not convinced about climate change and its dooms day prophesies or the urgency of the situation. Articles quoting even our own political leaders indicate the skepticism of scientific proof of climate change. At the Al Gore interview on ‘Tonight Show’ a month back, the tone and feeling of Jay Leno–the talk show host–indicated skepticism about even the ‘cause’ for which he won the Nobel Prize. Even the legitimacy of the UNFCCC and its claim to represent the concern for future of earth is questioned by some, claiming that it is a non-elected body and therefore not representative of the public opinion. Who knows what next?

With increasing possibility of climate change talks failing to come up with a consensus, where do we go from here? We cannot undo what has happened. First step is to accept that expecting governments to take actions is not going to happen soon. We can both bemoan all that has happened and be resigned and cynical about our future, or we can create a future that works for us.

To create a future that works for us we can start with small steps. We can continue to be committed to keeping alive the issues and debates on climate change, through concrete actions at individual levels, however small. It is for us–the citizens of the earth–to push the governments to take actions. As long as the divisive forces in the governments that can create  a ‘we versus they’ divide among nations, there would be no consensus on issues that do matter substantially. What is missing is connectedness and relationship with people across the globe as One.

A possible small step would be to get in touch and keep in touch with the India migrants abroad over past several generations across the globe. Enroll them into the future that is favorable to the Earth. You will be surprised to find how far and wide we have migrated over centuries. With one small step at a time, we as humans are perfectly capable of setting long term goals and time tables towards which we can take guided actions to ultimately reach there..

3 thoughts on “Making a Future for All of Us”

Swimming With the Current