Just received this SMS message from a friend. It made me wonder why we celebrate Lohri – a day that is on 14th of January instead of 21st of December, the winter solstice. This day is the only day celebrated according to the Solar calendar among all Hindu festivals. All the other festivals are celebrated according to the Lunar calendar. It is one festival that is celebrated in one form or the other throughout the country. In Northern India it is called Lohri, in Western parts it is known as Makar Sankrant. In southern India it is celebrated as Pongal

21st December is the date on which the sun starts moving away from Tropic of Capricorn, towards northern hemisphere to make the days long and nights short. Because of the tilt in the axis of the earth while it orbits round the sun, the ‘Sun-set’ starts to be late but the ‘Sun-rise’ is still at the same time. So what makes 14th January special is that it signifies the beginning of early ‘Sun-rise’ in the process of expansion of the day time. What makes it interesting is that without the modern day sophisticated instruments and technologies, our forefathers knew it, calculated it, predicted it and celebrated it ritualistically.

It would be interesting to note what else happens? I noticed that the black birds called ‘swifts’ which usually fly late in the evenings are now more active during the mornings. They all gather in a row on thin wires all facing the same direction and sit on it not for more than a minute at a time. Anyone else wants to share any other observations unique for this time of the year? Please do contribute!

One thought on “Celebrating the Sun”

Towards A Sustainable World: The Importance of Local Efforts

Sun Jan 17 , 2010
“The journey of a thousand miles begins with a single step.” I begin with this quotation as I firmly believe that we can achieve sustainable development through simple steps taken at the local and individual level. Many people overemphasize the importance of global community effort and measures at the […] 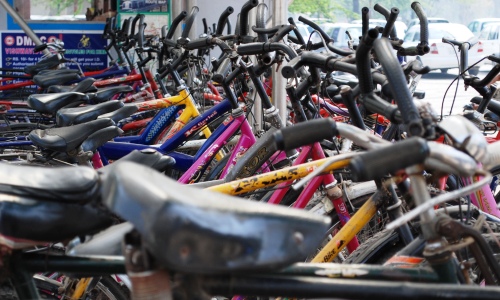