How the Australian Rainforests were saved – the influence of Gandhi

Australia-India Council, Kalpvriksh and Toxics Link cordially invite you to an evening imbued in film, music and ecology by renowned conservationists

Very few of us are aware that the world’s first direct action in defence of rainforests took place at Terania Creek in northern New South Wales (NSW) Australia in 1979. Strongly influenced by Gandhi’s principle of Satyagraha, the movement hugely influenced the drafting of a historic legislation by NSW government in 1982 to protect the rainforests there.

John Seed, the founder-director of the Rainforest Information Centre, Australia, has been involved in direct actions that have resulted in the protection of the Australian rainforests. His narration involves innovative use of film, music and presentation to focus on the struggle of a peaceful few to protect the subtropical rainforests in their area

John, an accomplished bard, songwriter and film-maker , has produced albums of environmental songs and numerous films He is a Fellow of the Findhorn Foundation UK and an occasional Scholar-in-Residence at the Esalen Institute in California. He has created numerous sustainable development projects to protect rainforests in South America, Asia and the Pacific region . His valuable contributions on various projects in India include reforestation of Arunachala and protection of wild Asian elephants in the Nilgiris.

Tue Jan 26 , 2010
Share on Facebook Tweet it Pin it Share it Pin it Email Maitri Sthal at BumLa, the highest pass to Tibet in Tawang Pin it Email Delhi Greens wishes its readers a very Happy Republic Day! We dedicate this day to all the soldiers who brave extreme environmental conditions to […] 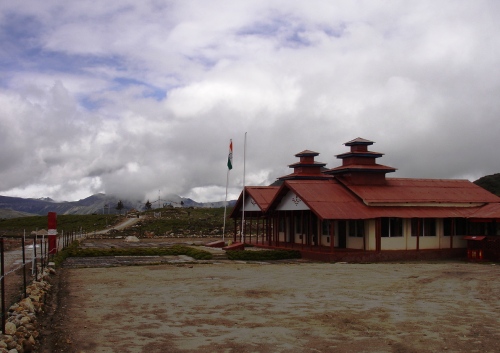