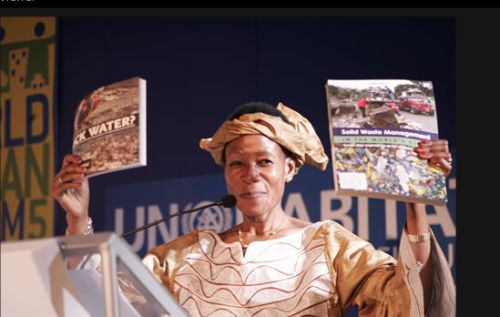 The World Urban Forum is one of the world’s premier conferences on cities. It was established by the United Nations to examine one of the most pressing problems facing the world today: rapid urbanization and its impact on communities, cities, economies, climate change and policies.

The Fifth Session of the World Urban Forum recently concluded in Rio de Janeiro with speakers and participants hailing it as the most successful one ever staged. Over 13,000 participants from 150 countries around the world attended the Session and shared ideas on how to cope with the challenges of urbanization.

In her speech, the UN-HABITAT Executive Director Mrs. Anna Tibaijuka challenged the Forum participants to think long and hard on the kind of future they wanted to leave behind for the generations to come. Mrs. TIbaijuka is the co-winner of the Göteborg Award for Sustainable Development, widely known as the “Nobel Prize for the Environment”.

“How will our world look in just two generations to come when it is projected that 70 percent of humanity will be living in towns and cities? What percentage will continue to live in abject poverty? How much dirtier will cities make our planet? As we also learned this week, the means to bridge the urban divide are not lacking. We must, however, muster the political will to  make our cities fit for our children, and the time to act is now!,” she said.

U.S. Secretary of State Mrs. Hillary Clinton addressed the closing ceremony of the Forum via a video message. She highlighted the importance of the work of UN-HABITAT in addressing urbanization challenges  adding that there was a greater need to foster private public partnerships in addressing these challenges.

During the occasion, the government of Bahrain, the hosts of the Sixth Session of the World Urban Forum in 2012, gave a presentation highlighting what delegates at the meeting are to be offered.

Wed Apr 7 , 2010
Virtually all population growth over the next 30 years will be in urban areas, signaling that urbanization is here to stay. It is associated with many health challenges related to water, environment, violence and injury, non-communicable diseases (NCDs) and their risk factors like tobacco use, unhealthy diets, physical inactivity, […]