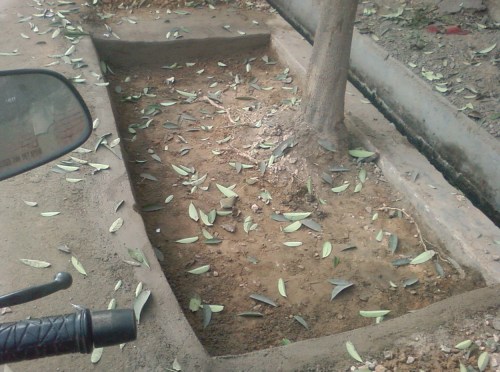 Here’s another tree dechoking success story we present as a model for the citizens of Delhi. After reading the blog posts, Trees Dechoked: GK-I Residents Show the Way Against Concretization, students of B.Tech (Biotechnology) at GGSIP University took upon themselves to save trees from concretization and old rusted tree guards that are generally planted along with new tree saplings for protection and are often left unremoved thus hampering the growth of the trees.

The students had previously written to the authorities at the MCD and PWD for removal of concrete and old tree guards but no action was taken whatsoever. This was discouraging since although large number of rules and regulation for protection of environment and especially trees existed, no civic authority bothered to follow any of those. It was then that the students got inspired by the initiative taken by Padmawati Dwivedi around her GK-I residence and took to the RTI way.

After reading about it on the Delhi Greens Blog, we felt really motivated and started filing RTI about status of work of deconcretisation of trees and reason for non-compliance of court orders. – Ankit Srivastava

The students filed repeated RTIs and even took the case to the Central Information Commission (CIC). Along with the RTI, they attached all relevant rules and court orders notable among which are the Delhi High Court order of 2007, Delhi High Court order on 29th October, 2009, Ministry of Urban Development Guidelines 2000, Delhi Tree Preservation Act, 1994, Supreme Court Orders which clearly declare deliberate damaging of trees as an offense.

THOUSANDS OF TREES CAN BE SAVED IN JUST Rs. 10 (RTI FEES)

The authorities have now been literally forced to save trees which were otherwise suffering from concrete pressure, unwanted nails, damaging trees guards and also ill treatment by people. The continuous and rigorous efforts made by the students has shown results, notable among which are:

The good work by the students clearly shows that where there is a will, there indeed our so many ways. Padmwati faxed the Chief Minister every day, asking for the implementation of Delhi Government’s very own orders. Students like Ankit Srivastava used RTI as a tool to make way for the greens in the sytem. With a little more thinking and some efforts, several other ways of saving the trees can also be thought of–in an attempt to save and secure our future and the future of generations to come. 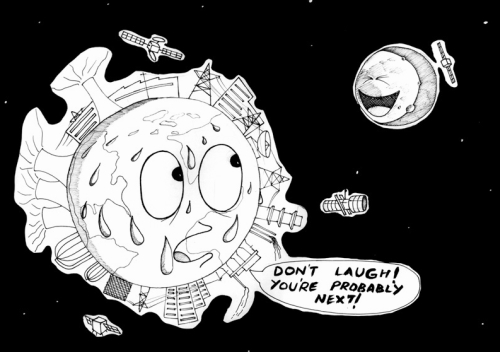