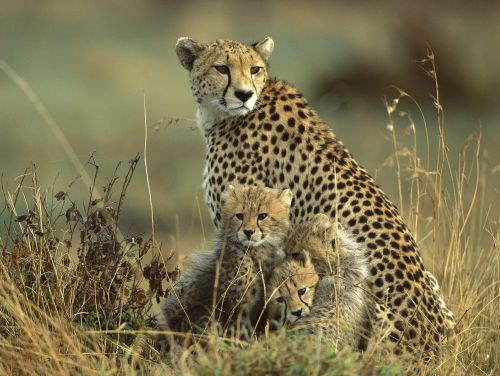 Once upon a time, the cheetah (Acinonyx jubatus)–the fastest land animal on the planet and a flagship species of the deciduous dryland/grassland ecosystem–roamed the Indian sub-continent in several thousands.  The Asiatic Cheetah (a different sub species from its African cousin) was also known as the hunting leopard, and were kept by kings and princes to hunt gazelle. The word ‘cheetah’ itself is derived from the Sanskrit word ‘citrakāyah’, meaning “speckled”. The Moghul Emperor Akbar is believed to have kept 1000 cheetahs.

In 1947, as India awoke to life and freedom, the Maharajah of Surguja in eastern Madhya Pradesh, shot dead what were later known to be the last three wild cheetahs in India. There remained a few cheetahs in different zoos of India after that all of which died sooner or later. Since then, 35 cheetahs have been brought to India in 6 different zoos – Hyderabad, Delhi, Kanpur, Calcutta, Trivandrum and Mysore. All of them died due to improper care and diseases. The IUCN Red List of Threatened Animals has listed the Asiatic Cheetah as ‘critically endangered’.

Now, a group of experts from WII and WTI has submitted to the Ministry of Environment & Forests (MoEF) a detailed assessment report of the potential for reintroducing the cheetah in India, recommending three potential sites for reintroduction. These are Kuno-Palpur Wildlife Sanctuary in M.P., Shahgarh Landscape in Jaisalmer and Nauradehi Wildlife Sanctuary in M.P. Of these, the Kuno-Palpur W.S. which has long awaited the relocation of the Asiatic lion that never happened, is fairly ready for the cheetah though as suggested by the report, all the three recommended sites require preparation and resource investment to commence an introduction programme. In addition, as is also suggested in the report, long-term committment of political will, resource and personnel from the Central and State Governments will be required to make this project a reality.

The report suggests the cheetah to be the only large carnivore to have been extirpated from the country largely due to over hunting. Talking about the backdrop of the said project, the report suggests that India now has the economic ability to consider restoring its lost natural heritage for ethical as well as ecological reasons. While such an ambitious project does make sense, but for a country which is struggling to save its national animal, the tiger, with attempts that have not been all successful, much ground needs to be covered to make the cheetah reintroduction program a success. While the bones and body parts of the cheetah is not in demand, as is the case with the tiger, poaching for various reasons in the Indian wilderness has always been rampant. The human-wildlife conflict also needs to be avoided and fortunately the report takes good account of that before suggesting the three sites.

The reintroduction of the cheetah will definitely promote wildlife tourism as a means of livelihood and like the tiger, there indeed are several reasons to have the fastest cat around. However, care must be taken and adequate studies must be carried out before the actual release of the cheetahs in the wild is facilitated. The Project Cheetah Task Force being created for the purpose of the continuation of the assessment is certainly another step towards a successful reintroduction. Here’s hoping there would soon be a sustainable cheetah population in the country! And also that all members of the cat family will be alive and existing when this happens.

With inputs from An Indian Bureaucrat’s Diary | Image Source

Sanctuary-RBS Wildlife Awards 2010: Nominate the Unsung Heroes Out There

Mon Sep 6 , 2010
11       At DYSoC’08: Bittu Sahgal – A life dedicated to inspire young minds for green action. The Earth Heroes initiative is a joint effort between Sanctuary and RBS to honour the extraordinary achievements of ordinary people. There are many unsung heroes out there. The Sanctuary-RBS Wildlife Awards is an attempt […] 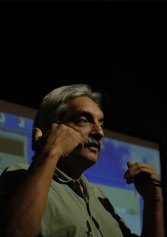