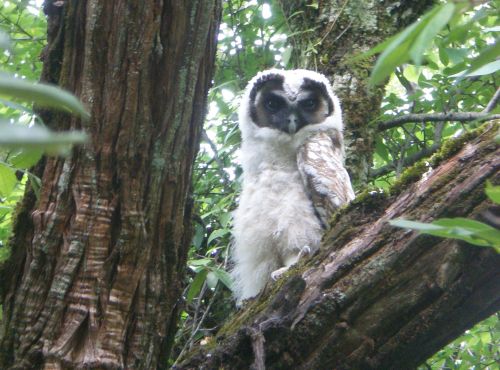 The temperature has slowly dipped in Delhi in the last week and one can already smell winter in the air. The most widely celebrated and awaited festival of the year Diwali, is around the corner. Children in the colony have already started burning firecrackers and the smell emanating from it, sends a shudder down my spine. I have always dreaded the day only because of the air and noise pollution it causes. But now it has added another horrifying element: the owl population in the country being sacrificed during the festival.

The recently launched TRAFFIC India’s report entitled ‘Imperilled Custodians of the Night’ states that the usage of owls in black magic and sorcery driven by superstition during Diwali is the primary cause of illegal owl trade in India. And the reporting of cases of hunting of owls increases before Diwali. According to the Ministry of Environment and Forests (MoEF), the owl is a highly endangered species and is protected under the Indian Wildlife (Protection) Act of 1972.

Launching the TRAFFIC India’s report, Environment Minister Jairam Ramesh said, “Owls are as important to our ecosystem as the tigers, lion and elephants. It is important that the threat to the species is brought to light on the festival of Diwali and concrete on-ground action is undertaken to curb its trade.” The report says that black magic practitioners advises the use of owls and their body parts such as skull, feathers, claws, heart, liver, kidney, blood, eyes, beak, eggshells, meat and bones for ceremonial rituals.

Owl sacrifice is believed to invoke the blessings of the goddess of wealth during Diwali and many tantriks advise the sacrifice of white bats and owls to those suffering from financial losses. These people are advised to perform the ritual to do away with their financial problems and received blessings to gain wealth and prosperity from the goddess. It is reported that in Ludhiana, an owl is sold for as high as Rs. 2 lakhs to Rs. 10 lakhs by tantriks. This lucrative business hence attracts many in remote villages and places to hunt and sell owls to earn money. Alas! A series of poachers are born every year before Diwali.

The illegal trade includes both large and small owl species inhabiting areas as varied as urban settings and forests with main centers for the illicit trade practiced in states like Uttar Pradesh, Madhya Pradesh, West Bengal, Andhra Pradesh, Delhi, Gujarat, Rajasthan and Bihar. The demand and dwindling numbers of owl in these regions has nowadays spread its killing fang as far as in the Northeastern state of Arunachal Pradesh.

Northeast India’s rich biodiversity is attracting many eyeballs and is becoming a booming hub of illegal wildlife trade. Every day, hundreds of species are hunted to meet the demand in the international as well as national markets. It is estimated that the global trade volume of wildlife parts is about $12 billion, second only to narcotics. From insects to mammals, birds to bats — everything that crawls, moves or flies is on the hunting list. The non-porous international borders and stronghold of many insurgent groups in the region adds further havoc on the region’s dwindling biodiversity.

The fear of many owls being hunted for this Diwali definitely calls for our attention and action. We, as responsible citizens, should join the task of identifying such practices in our respective areas and reporting them appropriately. Owl sacrifice is not just an animal sacrifice practice but a sacrifice of the country’s threatened biodiversity. Let us not just light diyas and share gifts this Diwali, but ‘enlighten’ up to share responsibility towards our common environment. That is, without a shadow of doubt, one of the greatest gift from God!

2 thoughts on “Diwali and the Threat to India’s Biodiversity”

Delhi Greens Urges Everyone to Celebrate a Green Deepawali

Wed Nov 3 , 2010
Even the candles we ‘burn’ have significant environmental impact which we should certainly keep in mind. As Delhi shifts from the CWG 2010 mode into the festival mode, and gears up for celebrating the festival of lights – Deepawali, Delhi Greens wishes its reader a very happy and prosperous Green […] 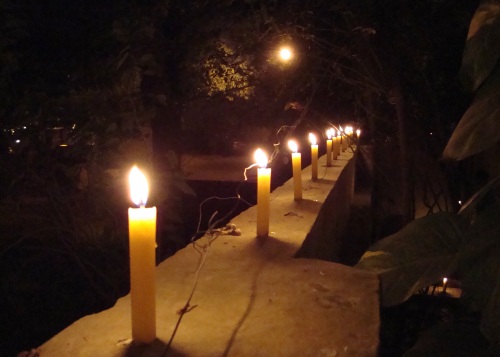