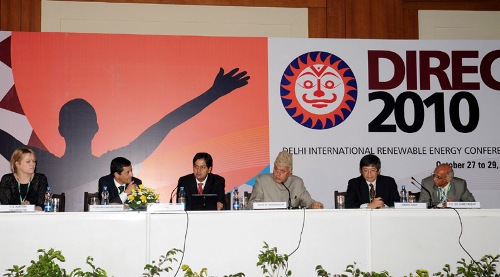 The Union Minister for New and Renewable Energy, Dr. Farooq Abdullah addressing at the DIREC, in Greater NOIDA

India is making good progress on most economic development indicators and is on its way to becoming a more developed economy in the coming years. This can also be inferred by President Obama’s recent visit to the country where he said India is not emerging but has already emerged! Fortunately, the development is now taking place keeping the environment in mind as India makes steady strides in going green in all sectors. The mainstreaming of environmentalism, something the Delhi Greens Blog has been advocating since its inceptions, is now integral to the nation’s governance, policies and acts.

During a recent AICC session, Congress party president Sonia Gandhi highlighted the importance of safeguarding the ecology by stating that it was as important as economic growth. She flagged it as “an issue of national significance”. Addressing fellow congressmen, she reminded them of what Rajiv Gandhi had advocated, “Whenever the environment is damaged, a bit of India dies”. The war on projects that trespass environmental laws and clearance requirements is gaining stronghold across all states in the country.

The Environment Ministry now has an integrated approach towards dealing with project clearance for projects dependent on coal such as thermal power, steel and sponge iron manufacturing.  The ministry has no doubt got into action and put on hold clearances for all coal-dependent projects until status of environment and forest clearances for the coal supply source of domestic coal is known. Another burning issue of environmental importance is construction of dams which has been planned in many states like Andhra Pradesh, Arunachal Pradesh, Manipur and Mizoram. Over 100 dams are planned in Arunachal Pradesh alone and it has become a great issue of concern for the neighbouring ‘downstream’ state of Assam.

With a context of energy crisis and solutions for the nation, the Delhi International Renewable Energy Conference (DIREC) 2010, was hosted in October 2010 in the NCR. DIREC 2010 is a part of initiative taken at the 2002 World Summit on Sustainable Development in Johannesburg acknowledging the significance of renewable energies for sustainable development – especially for combating poverty and for environmental and climate protection. The conference saw government, private sector, and non-governmental leaders from 71 countries across the globe coming together to develop and drive new initiatives, provide insights, showcase sustainable product development and green business opportunities, and facilitate interaction between between participants. DIREC 2010 is the 4th of such conferences after Bonn in 2004, Beijing in 2005 and Washington (WIREC) in 2008.

The conference outlined the need for global leadership to ensure that the potential of renewable technologies are realized, dependence on fossil fuels is reduced and energy needs of countries across the globe are met at affordable rates. Dr. Farooq Abdullah, Union Minister for New and Renewable Energy presented the DIREC Declaration, which reads as follows: 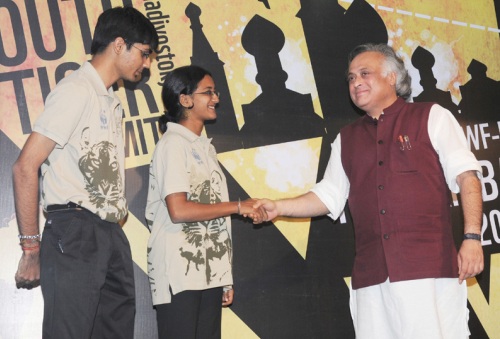