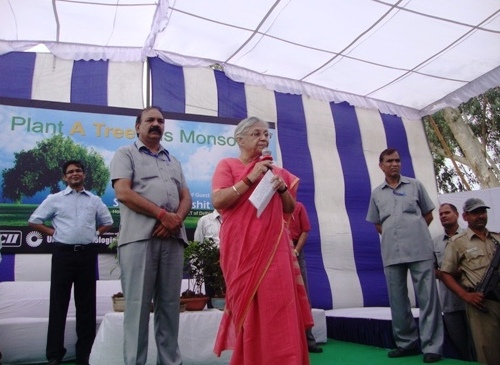 The Department of Environment (DoE), Govt. of NCT of Delhi is encouraging and inviting citizens of Delhi to come out and plant as many trees as possible during the ongoing monsoon season. Led by none other than Delhi Chief Minister Smt. Sheila Dikshit, the campaign is using an interactive online blogging platform to reach out to citizens and inspire them to green the capital city. Delhi Greens participated in the tree plantation activity adjacent to Rajghat with Chief Minister Smt. Sheila Dikshit last week as part of the Green Leap Delhi campaign of the DoE.  The event was joined by large number of students, teachers and citizens from all walks of life. The Chief Minister urged everyone present to take a pledge to plant trees and add to the greens of Delhi city. 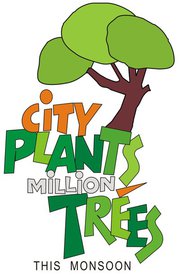 The ambitious “Green Leap Delhi” drive to plant 1 million saplings during this monsoon season is supported by several agencies within the Delhi Government, RWAs, corporate houses, NGOs, and active citizens. In playing the crucial role of providing free saplings to citizens and other interested agenices, the DoE has made public a list of free sapling collection centers across the city. The list includes names and full contact details of the nominated individuals, offices and centers from where the saplings can be collected. The list can be accessed by clicking here. The campaign also lists tentative sites that have been earmarked for large scale plantations. The campaign website shares a list of plant species that can be chosen for carrying out the plantation. The focus of the list however remains ornamental and and it includes considerable non-native plants as well.

For those citizens who have only recently begun taking interest in planting trees, as well as those who wish to learn more about it, the DoE has published an inspirational booklet entitled “How to Plant a Tree”. A Book on City Plantations 2011 has also been published and can be downloaded by clicking here. The 17 pages Book contains details about the number and types of trees being planted, places from where saplings can be collected for free and other information about the campaign.

Since the information has been made public through the use of social media, large number of people have been able to access it in a meaningful manner. More and more people are joining in the plantation drives taking place in the city lately and the campaign response is certainly not limited to online activities alone. Citizens have actually been using the contact numbers listed on the website and are also giving their feedback on what worked and what didn’t. The campaign is also running a contest where people are asked to give a reason as to why they want to plant a tree. The best three answers stand to win a grand prize, while all of us will not only get to learn great reasons for planting trees but will also be motivated to do so. The campaign surely is a win-win for all! Delhi Greens encourages all its readers to join in and plant and nurture as many saplings as you can during this monsoon 2011! Happy Greening!!

Mon Aug 15 , 2011
The Nation today is going through a slow and steady transformation, one that we all should feel lucky to be witnessing. 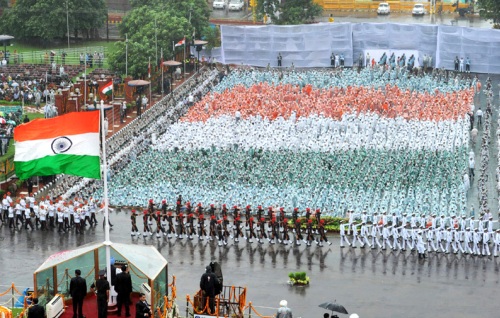