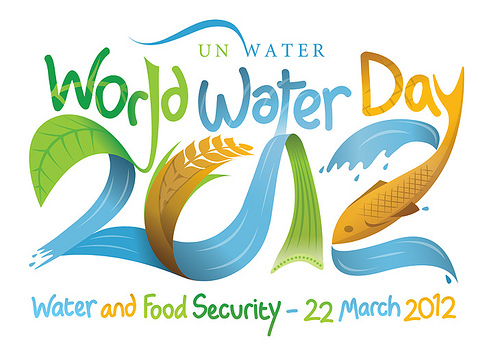 The past week witnessed the celebrations of two important and inter-connected days of environmental importance. 21st March marked the observance of World Forestry Day, supported by all members of the Food and Agriculture Organization (FAO) of the United Nations.

World Forestry Day has been celebrated since 1972 as a day to highlight the importance of forests and calling for urgent attention towards the protection and preservation of ‘our forest heritage’. The very next day, 22nd March 2012 was celebrated as World Water Day (WWD), also in coordination with the FAO.

World Water Day 2012 was themed on ‘Water and Food Security’ and highlighted the importance of securing water resources for feeding the rapidly increasing global population. WWD 2012 was also more significant this year as it came exactly two weeks after the Joint Monitoring Programme (JMP) for Water Supply & Sanitation’s report that Millennium Development Goal (MDG) for drinking water has been met! This has also become one of the first MDGs to have been achieved so far.

Water is the basic essence of life. It will be no exaggeration to say that a majority of the world’s available water gets recycles and becomes available because of the forests. Forests and water are therefore critical for satisfying the ever increasing water demand of the even more rapidly urbanizing global economy.

At the same time, our forests hold tremendously diverse life forms and the survival and sustenance of this biodiversity requires, more often than not, the availability of water in some form or the other. Thus, both water and forests are equally important natural resources which are required to ensure a flourishing and healthy environment as well as sustainable existence of the human civilization.

And a decline in either of these resources would mean a degradation of both the environment and the human society. The situation is particularly serious in countries where there is population pressure on the land, such as in the tropics of Asia. According to the FAO, this is a problem of historic importance in which food production and forest management are the interlocked elements and it is widely felt that the forests have the key.

While our forests are a resource which most of us cannot directly manage, conservation of water is definitely something we can all contribute to in an effective manner. A big way in which we can do so is to regulate our dietary habits in an ethical manner. Coping with population growth and ensuring access to nutritious food to everyone call for a series of actions we can all help with:

Of late, the world has also become more sensitive to virtual water, the kind hidden in the production and distribution of resources, such as food resources. Virtual water (also known as embedded water) refers to the water used in the production of a good or service usually for the purpose of trade.

Producing 1 kilogram of wheat ’drinks up’ 1,500 litres of water! There are 7 billion people to feed on the planet today and another 2 billion are expected to join by 2050. The state of the world’s water resource and the tremendous pressure it is going to face can thus be imagined.

A simultaneous pressure will also be faced by all other natural resources, beginning with our forests. Much needs to be done to avoid this imminent resource deprivation. Everyone, including the policy makers and politicians, researchers and scientists, planners and executives and the civil society, needs to become more sensitive and ready for taking pro-active steps towards the conservation of global, national and local water and forest resources.

Closer home in Delhi, River Yamuna, the principal fresh water resource for the National Capital Territory (NCT) continues to flow like a drain. Despite expensive measures to rid it from pollution there is little, if any, improvement in the river’s water quality in Delhi (and downstream).

Water remains a priced commodity in the NCT and every time upstream Haryana discharges more polluted water into Yamuna as before it enters Delhi, water treatment plants in the city have to be shut down, a fact to which every parched Delhiite becomes a gloomy witness. Fortunately, the Government of Delhi accepts that for ecological sustainability, one-third of total geographical area of any state needs to be under green cover.

Consequently, several plantation activities along with creation and upkeep of city forests and biodiversity parks has been a key mandate of the Government. However, when it comes to securing water resources, instead of optimizing its own water resources, Delhi does not hesitate to search far and wide for water – even if it means damaging forestland upstream of the NCT.

This attitude of affluence, both political and economic, may help get things done in an anthropocentric system of doing things, it is nothing less than a disaster in-the-making in terms of Nature’s ways of doing things. And the sooner our planners and policy makers realize this, the sooner can we ensure sustainable urban development of India’s national capital.

4 thoughts on “Water and Forests: Basic Necessity for Maintaining Life and Biodiversity”