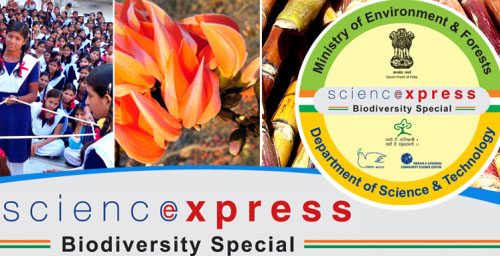 In an effort to create widespread awareness on the unique biodiversity of the country, the Ministry of Environment & Forests (MoEF) jointly with the Department of Science & Technology (DST) will be running a ‘Science Express – Biodiversity Special (SEBS)’ train across India covering over 100 stations in the next two years. Eight out of the sixteen coaches of the SEBS are solely dedicated to showcasing the myriad biodiversity spread across the bio-geographical zones of India. These include the trans-Himalaya & the Himalayas, the Gangetic Plain, North East India, the Desert & Semi-Arid Zone, the Western Ghats, the Deccan Peninsula, the Coasts & Islands. These 8 coaches will focus on the range of Biological diversity, critically endangered species (IUCN Red list), biodiversity hotspots, domesticated biodiversity (agriculture, animal husbandry), biodiversity & livelihoods, bio-culture; threats/challenges, conservation measures and success stories/experiences/ unique stories with respect to biodiversity conservation.

Three other coaches will be exhibiting mitigating and adapting to climate change, energy crisis and water scarcity measures. Legacy of Science Express showcasing the most popular exhibits from the previous phases has been exhibited in one coach. The Joy of Science (JOS) Lab is housed in another coach, in which students can perform various experiments and activities to understand concepts in biodiversity, climate change, environment and science. A conference room-cum-training facility is also provided in a coach primarily for the purpose of capacity building of teachers. The exhibition also covers various other facets like marine, coastal, forest, microbial, agro biodiversity and their linkage with livelihoods besides challenges of conservation.

The SEBS will be flagged off on the World Environment Day (5 June) from New Delhi. For the year 2012 the train will culminate in Gandhinagar on 22 December, 2012. The SEBS train will also be stationed at Hyderabad from 9-19 October 2012, during the Convention of Biological Diversity COP11, so that the COP delegates/dignitaries are able to experience the rich biodiversity India. Between 5 June 2012 and 22 Dec 2012, the train will travel almost 18,000 km, halting for 3-4 days at each of the 52 locations it is planned to touch. Some corporate houses like the HSBC, the Swiss Embassy, Nestle, PCRA and Indus Towers have come forward to support the exhibits and complimentary activities taking place in some of the coaches of the train.

The exhibition is expected to be visited by more than 15 lakh visitors but indirectly it is likely to engage over 50 lakh people. Wherever the train travels, activities have been planned to engage visitors across different age groups to reinforce the message of SEBS. Specific Outreach Programme will be conducted at local schools and institutions in associated with the Ministry’s National Environment Awareness Programme (NEAC) and National Green Corps (NGC) schemes. In addition to this, informative take-away material will also be made available for wider distribution among visitors. The Indian Railway has always been at the forefront of public transport and is indeed one of the cleanest modes of transport in the country. With the SEBS being run on the same tracks, it will definitely connect to all the citizens located in urban as well as rural India and will surely go a long way in protecting our biodiversity and natural resources. 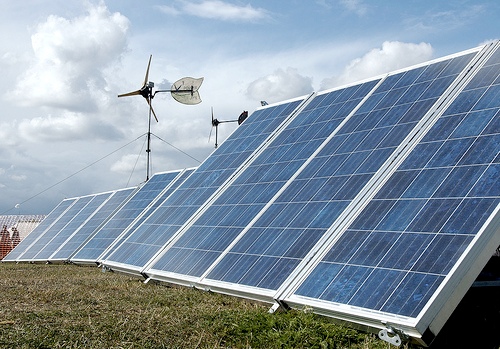