Weekly environmental news roundup from across different media networks for week 22 (starting May 28, 2012) 2012.

Even as chief minister Sheila Dikshit hinted at marginal relief for Delhiites from the petrol price hike, environmentalists are not amused. They continue to be a worried bunch and their fears are not unfounded, for petrol getting out of reach for many people means there will be more diesel vehicles on the road in the years to come.

If it weren’t for the lackadaisical attitude of the Delhi Development Authority, driving along the controversial bus rapid transit corridor would have been smoother.

To minimize the harmful effects of inhaling poisonous gases while cleaning sewers, Delhi government is planning to impart training to 20,000-odd sewage workers of the Delhi Jal Board.

The Central Pollution Control Board has confirmed. Eighteen years and Rs. 1,500 crore later, the polluted stretch in the Yamuna river has increased to 600 km.

Friday was no better than Thursday — the season’s hottest day so far — in Delhi and the NCR. The maximum temperature dropped a hint to 44.4ºC from the previous day’s 45.4 ºC but the minimum more than made up for it by shooting up to 34.4ºC, seven degrees above normal.

Let’s pledge to make earth a better place to live in. To spread this message and create awareness among the public, World Environment Day 2012 is the right time to initiate solutions on environmental issues.

Six countries, including Russia and China, have sought India’s help to replicate Project Tiger, one of the most successful conservation programmes running in the country to protect the big cats from extinction.

Tue Jun 5 , 2012
THE LOST FOREST narrates and highlights the now threatened status of the sacred Mangarbani forests in the Aravalli hill range. 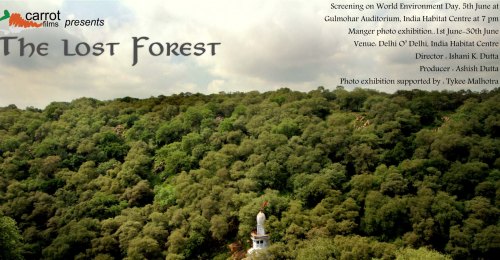