An adult male nilgai died on Sunday at the National Zoological Park after it succumbed to injuries caused due to fighting with another male.

2. Rainwater harvesting system must for all new buildings

Planning to construct a new house or office building in Delhi? You will now have to install a rainwater harvesting system to obtain a completion certificate from civic agencies. The Delhi cabinet has in principle approved a proposal to make the system mandatory for all new constructions.

Alarmed at the increasing pollution levels in the city, the Delhi government’s environment department is planning to rope in IIT Kanpur to conduct a study and suggest a way out of the mess. According to sources, experts from IIT Kanpur are expected to suggest ways to reduce traffic load from the city roads as it leads to an increase in air and noise pollution.

A day after Blackout Monday, it was Apocalypse Tuesday. Crores of houses were darkened, Metro downed shutters, thousands stranded on traffic signals, millions others stuck in trains across 20 states, water utilities stopped production, patient services at hospitals and other essential services took a hit.

An audit report of Saturday’s mock drill to check disaster preparedness of agencies in the city has criticised the Delhi Metro Rail Corporation for poor crowd management and lack of basic emergency equipment.

Amid the blame game over the massive blackout, Environment Ministry today rejected criticism that lack of green clearance that held up several power projects was among the main reasons, asserting such clearances have far exceeded targets.

The Union environment and forests ministry strongly rebutted media reports and industry data suggesting that environmental clearances had stalled power projects. “In the wake of the nationwide power outages over the last two days, a section of the media has reported that one of the main reasons for the failure of the power grades have been power projects, which are said to have been “stalled” due to want of Environmental Clearance. This is factually incorrect,” the ministry said.

Union minister of state for environment and forest Jayanti Natarajan has assured Arunachal Pradesh to expedite the process of issuing forest clearance for the Tawang Basin Hydroelectric Project to be executed by NHPC.

Wed Aug 15 , 2012
Delhi Greens wishes a Happy 66th Independence Day to all its members and readers! 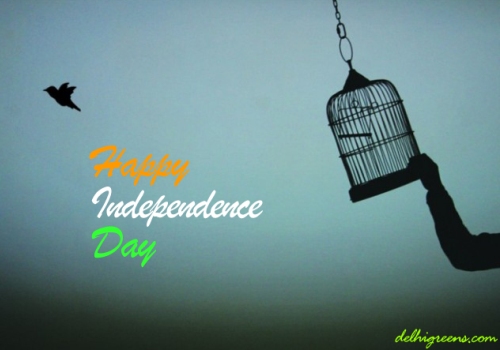