Students and teachers of Kalindi College, Delhi University, have come up with an innovative way to harness wind energy produced by Metro trains.

The presence of Kos Minar, an Archaeological Survey of India-protected structure enclosed in a roundabout on a road inside the sprawling Delhi zoo, likely to affect its expansion plans.

Over a million people in India — among highest in the world —  die every year because of indoor air pollution.

It’s yet another bid to draw attention to a dying and polluted river that not just sustains life in the Braj region but is also a heritage treasure and a religious symbol for millions of Indians.

The 35-odd five-star hotels in Delhi will on Tuesday be shown the example of ITC Maurya and told to follow parts of its mechanism to cut down on pollution, besides water and energy consumption.

6. Adventures of the Big Bird Day

A greater flamingo preened itself and a peregrine falcon had made an apperance. For birding enthusiasts, the warm Sunday morning expedition was already paying rich dividends.

Despite strict penal provisions such as jail term in government statutes for causing harm to trees, Delhi’s green cover bleeds but because of weak enforcement.

8. Beyond trees and tigers

As India’s sustainability issues grow more complex with modernisation, one of the main challenges facing environmental educators is how to impart these difficult concepts to children and how to make sure they care about them beyond the test score.

The drop in sparrow population is not restricted to India. It is a global concern — precisely the reason World Sparrow Day  is observed on March 20.

10. Green norms for real estate will be eased

The environment ministry is likely to ease green norms for the real estate sector, giving a boost to developers wanting to construct high-rise buildings.

The Delhi government on Wednesday said five-star hotels were one of the major waste generators, indirectly contributing to climate change, both during construction and operation stages.

12. Ministry of Environment and Forest report misses wood for the trees

The report released by the expert committee, constituted by the Ministry of Environment and Forest to formulate parameters for inviolate areas around forests, wetlands, catchment areas and perennial rivers, overlooks areas that may have lesser biodiversity but still possess large ecological significance.

The Budget has provided ample resources for farmers and the farm sector even in a year of fiscal blight. The finance minister announced an allocation of Rs 27,049 crore to the agriculture ministry, an increase of 22% over the revised estimates for the current year.

Mon Mar 11 , 2013
The awards are conferred to Indian business that demonstrate excellent performance in the area of Sustainable Development. 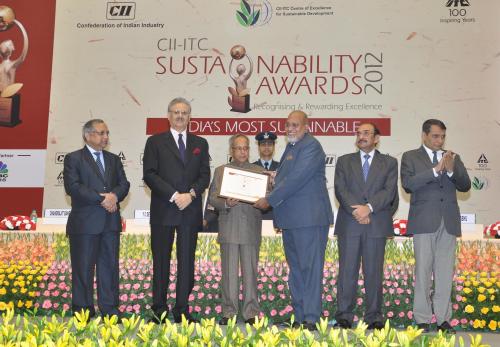