Weekly environmental news roundup from across different media networks for Week 19 (starting May 6,  2013) 2013.

Environmentalist Govind Singh feels that the, “decreasing green cover will increase the carbon footprint. We need to protect our habitat, flora and fauna and for that we need trees. The most common issues that will crop as a result of the depleted cover will be increase in pollution leading to an increase in cases of asthma and the rain pattern being affected.”

‘Its an invitation to concretise the city at the cost of its green cover. People come to parks to enjoy the greenery and nature.  The DDA decision will change the basic character of parks,’ said Govind Singh, a city environmentalist. ‘Trees will be felled to make space for gyms and additional parking space would add to the destruction,’ he added.

To prevent serious injury from being caused to environment and humans, national green tribunal on Wednesday banned burning of plastics, tyres, wires or any such materials in the scrap market of Mayapuri here.

There is some fresh evidence of around 100 of trees having been cut in and around Mangar Bani in the Aravalis even as the ministry of environment and forest has asked the Haryana chief secretary to identify it and other such areas that are deemed forests.

In its reply to the National Green Tribunal, the Public Works Department on Wednesday denied having cut trees for a road-widening project in Vasant Kunj.

6. Despite ban, plastic bags add to Delhi’s pile of waste

Delhi generates over 583 metric tonnes of plastic waste annually, a majority of which are plastic bags despite a ban on their use by the city government.

An environmental survey of 1,010 Mumbaiites by non-profit organisation The Energy and Research Institute  have found among other things that 62% of total respondents feel that the environment and development were conflicting in nature.

Within five days of imposing a moratorium on new industries in Chhattisgarh’s Korba district for being the fifth polluted industrial zone in the country, the environment ministry did a U-turn, having cleared a private 3×350 MW thermal power plant.

A dolphin kiss or their playful nature in man-made water holes would remain elusive for the Indian audience.

The lowdown Environment is an important aspect of every country, natural resources are the backbone of an economy. The primary concern of an environmentalist is environment protection.

Housed in the ministry of environment and forests is a quasi-independent body whose job it is to scrutinise every hydel project for environmental damage. In its six years, the hydel environmental assessment committee has evaluated 262 hydropower plants and irrigation projects, according to a February 2013 study by the South Asia Network on Dams, Rivers and People , a Delhi-based anti-dam organisation. It hasn’t rejected a single one.

Thu May 16 , 2013
The photo contest is aimed at drawing the attention to diverse aspects of water and related resources in the Hindu Kush-Himalayas. 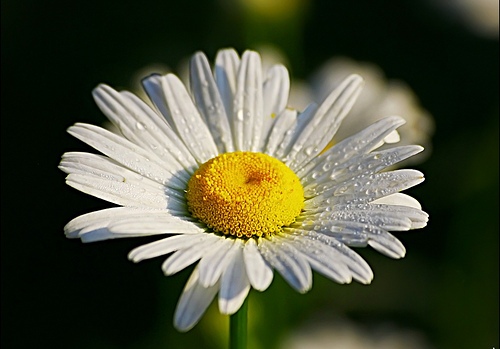