Weekly environmental news roundup from across different media networks for Week 21 (starting May 20,  2013) 2013.

Most private and government hospitals in Delhi are posing a “very serious threat” to human health and environment because they have failed to ensure proper disposal of highly infectious biomedical waste, the National Green Tribunal said on Wednesday.

At a time when rising temperatures have been blamed for vanishing water bodies in Delhi-NCR, the shrinking Dadri wetlands in Greater Noida has come under the scanner of the National Green Tribunal.

Taking exception to the delay on the part of the DDA chief in finding alternative landfill sites for disposal of municipal solid waste, the Delhi High Court today set up a panel to come out with a solution.

The National Green Tribunal on Monday directed the governments of Haryana, Delhi and Uttar Pradesh to clear all concrete illegal structures from the notified no-development zones on the Yamuna river floodplains, including the Hindon river.

5. A fading shade of green

UPA’s bold rhetoric to push environmental concerns into the battles being waged over India’s natural resources ended with a whimper well before the government entered the penultimate year of its second tenure in 2013.

Concerned over rampant cutting of trees to implement various infrastructure projects, the Delhi government is now considering setting up of a call centre to receive complaints of such incidents.

The environment ministry has received 280 proposals to secure the areas around national parks and sanctuaries as eco-sensitive zones that would restrict damaging activities such as mining around these wildlife spots.

The cool and swift Metro ride that has changed the way Delhi commutes has a dark side as well. It uprooted thousands of trees. The major infrastructure boost also meant that the already dying Yamuna river was choked further with huge quantities of concrete — all debris from Metro sites.

In the ever-growing concrete jungle of Delhi, by clearing greens and slicing the Aravalli, the Yamuna Biodiversity Park is perhaps the last refuge for all indigenous fauna and flora species — frolicking in the mosaic-like wetlands and keeping their gene pool alive.

11. Police rapped for failing to check burning of plastic

The National Green Tribunal on Tuesday ordered Delhi Police to ensure that plastic waste is neither burnt nor carried in and out of scrap markets of Mundka and Nangloi in west Delhi.

At a time when most of its water bodies are drying up due to the scorching heat, Delhi is witnessing a rare wildlife phenomenon at Shanti Van where nearly a dozen species of South Asian waterbirds have found a safe refuge in a small seasonal wetland which is still alive. 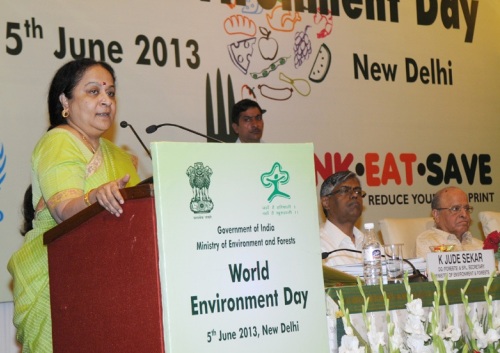