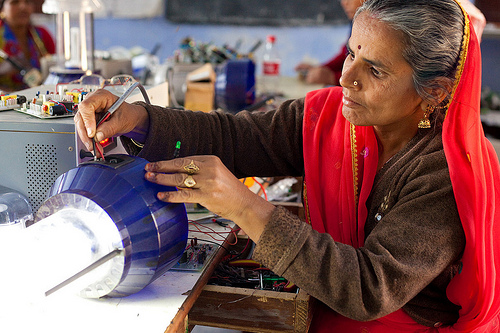 As humans we tend to screw things up. Let me lend the necessary context to my first unsavory statement. Our inconsiderate activities on this earth have made our bag of environment-related problems very heavy and it drags behind us as we try to surge forward. Environmental issues (quite like the problems of your favorite One Tree Hill characters) are numerous, complex and irksomely interconnected. Take for instance the depletion of non-renewable resources like fossil fuel which is not only leading to an energy crises but is also causing large-scale global warming and climate change. Climate change further conspires to accelerate species extinction and ecological imbalance, which itself has a long list of deleterious consequences. And finally, the gravest consequence of climate change is the melting of polar ice caps and flooding of low-lying areas, thus displacing large swathes of populations in these regions.

Usually the environmental crisis, as well as the impacts of climate change, are presented through an approach which is heavy on facts and figures. This, in my opinion, is what alienates the common for the issue at hand. Can everyone connect to the plight of global carbon dioxide concentration rising above 400 parts per million? Or world surface temperature increasing by 2°C? The tragedies presented through the coldness of numbers certainly make people worry (especially when it is broadcasted through reliable sources like the Delhi Greens Blog) but only in a very vague and slight manner. They fail to make the essential connection that these negative developments can (and will very soon) affect them in their personal and immediate lives. We are in deep shit – no really!

So where do we go from here? I feel that science shows the promise for answers. Let me explain my faith by giving some historical background. The Industrial Revolution kick started in the late 1700s. In one single stroke, the revolution managed to further civilization by five steps in our itinerary to modernization. Among the things that made it such a rage were the introduction of steam engines, increasing usage of coal and fossil fuels and development of machine tools. The revolution basically overthrew all past technologies and introduced human civilization to a lot of new things we have been in love with ever since. And it is now time to move on.

Research in alternative methods of energy generation and greener fuels are science’s nascent answers to the current environmental crisis. However in the next few years, I can imagine these ideas really developing to their fullest. I can imagine the world being swept by the piercing flame of some truly brilliant ideas that might catalyze a movement of their own, quite akin to the industrial revolution in its urgency and unprecedentedness. An eco-revolution of sorts that can catapult, project our society into an unheard-of, new age of environmental awareness and environmental intimacy. That’d be pretty cool, I am sure all will agree! But the precursor to all these glorious steps is involving the public. Public sensitivity and participation are really the need of the hour. With their support wonders can be performed. Public participation can be facilitated with greater impetus through developing innovative, non-jargon ways of disseminating environmental and climate change information.

Utkarsh Chawla completed his schooling from Salwan Public School, Gurgaon in 2013 with a keen interest in Physics. He was associated as a Voluntary Contributor with the Delhi Greens Blog Project during the summer of 2013.