Fed up with non-responsive authorities, a bunch of alert residents on Wednesday approached the National Green Tribunal to save about 2,500 trees from being felled for an elevated road in north Delhi.

A voluntary organization launched a protest here on Sunday against concretisation of areas around trees along streets and in residential areas, and claimed this would cause serious ecological imbalance.

Water and health experts have raised doubts about Delhi Jal Board’s  claim of supplying pure water, when it is carrying out quality tests for less than required parametres for samples from its distribution network.

When four-year-old Sanjana from NCERT Colony died after allegedly drinking contaminated water earlier this week, it was sort of déjà vu for one Abdul Qadir, a resident of neighbouring Hauz Rani area.

The South Delhi Municipal Corporation’s garbage disposal fleet is getting more ‘innovative’ with the addition of the smallest wheels available – rickshaws.

While thousands have suffered the fury of floods in Uttarakhand, experts say worse tragedies may strike the region unless the rampant violation of the Himalayan state’s sensitive ecology is checked.

Under attack for its poor project implementation track record, the government plans to remove environmental and coal-related hurdles for large projects on a weekly basis.

After the Uttarakhand disaster, questions are now being asked about the repeated violations of environmental norms. In fact the Ministry of Environment and Forest has made adverse observations about several projects in the state. Experts say in some cases every rule in the book was ignored.

Talking of the “extensive deforestation” in the Himalayas, Rajya Sabha member Karan Singh said on Friday that a review of Uttarakhand’s environment policy was immediately needed.

To save Ganga from industrial pollution, the Victorian government in Australia is preparing an eco-friendly business model for tanneries, which discharge effluents into the river.

Mon Jul 8 , 2013
1       The Nehru Memorial Museum & Library (NMML) invites everyone to weekly seminar on ‘Katyuris of Uttarakhand:  Establishing food regimes in the  central Himalayas from pre-history to circa.14CE’ by NMML Fellow Dr. Vasudha Pande. Katyuris are the much celebrated Kings of Uttarakhand. The narrative of the Katyuri state marks the shift […] 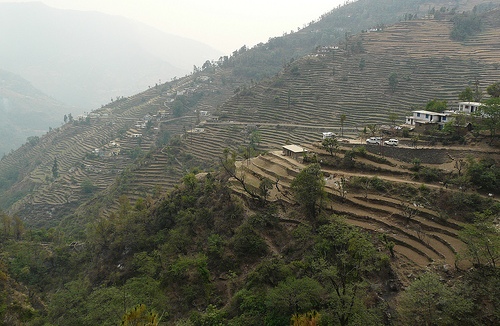