Transport contributed almost half of the carbon dioxide in the city and if nothing is done about it, then the gas emissions will rise by a massive 526% by 2030, says a study by Delhi IIT. Experts also say that Delhi government’s focus on car-centric infrastructure in the form of flyovers and signal-free corridors, is adding more vehicles on the roads.

2. Major roads in Delhi to have tree canopies along them: Sheila Dikshit

Delhi Chief Minister Sheila Dikshit has said her government will develop tree canopies along various roads in the national capital to give an aesthetic look to the areas and also provide shelter to pedestrians across the city.

Even the marginal use of industrial and municipal waste as fuel and raw material by the cement industry can notably cut carbon dioxide emissions and make a major difference to the overall environment, apart from the co-benefits of waste management, says the Shakti Foundation that promotes clean energy.

The construction of three elevated roads from Vikaspuri to Mukarba Chowk on Outer Ring Road in west Delhi may get delayed as the National Green Tribunal on Tuesday put on hold the felling of trees for the projects as it felt “there was no concrete plan to make up for the green loss”.

The National Green Tribunal on Monday told the Centre and the Delhi Government to define forest and non-forest areas in the capital. The tribunal also ordered settlement of forest rights of locals within three months.

While a rise in illegal commercial activities in and around Hauz Khas Village has forced residents to seek the National Green Tribunal’s intervention, a Right to Information reply from the Delhi Pollution Control Committee (dated July 15) has noted that there are around 30 restaurants in the area operating without environment clearance.

A Supreme Court technical expert committee Monday recommended an indefinite moratorium on the field trials of Genetically Modified crops till the government comes out with a proper regulatory and safety mechanism.

8. Germany to loan 900 million euros to India on development cooperation

Germany will be making available almost 900 million euros for India to be used for investment in economic development cooperation, energy generation and efficiency as well as environmental protection.

Mon Jul 29 , 2013
The Compassionate Living organisation, which is working for an inclusive world, invites all interested to a workshop on the topic "RTI for Green Activists". 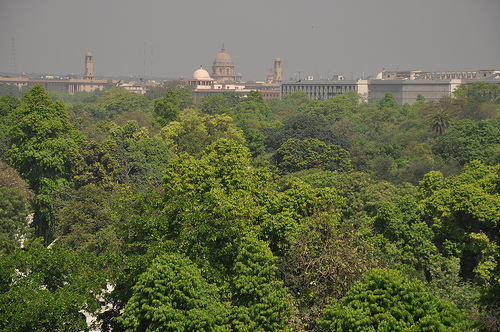