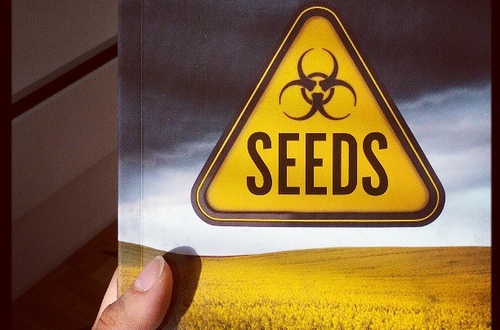 Save your Seeds from Becoming Biohazards: Join the March Against GMO (Click for more info)

On the eve of the March Against GMOs, we present to you all that you need to know about Genetically Modified Crops. Any why you should care. Read on..

What is Genetic Engineering?
The deliberate modification of the characteristics of an organism by manipulating its genetic material can broadly be defined as genetic engineering. Simply put, genetic engineering is the science of splicing a part of the genetic makeup of an individual from one species and inserting it into the genetic make up of an individual from another species across the species spectrum. While its very nature is debated on ethical & safety considerations,  the advent of genetic engineering in the field of medical science & research is making it a major force in conventional medicine. While we have altered genomes of species through breeding and artificial selection since ancient civilizations, the direct manipulation of DNA through genetic engineering started taking place since as recent as 1970s.  Genetic engineering is therefore something which is very new to us and we are yet to understand its full applications and resulting consequences.

What are Genetically Modified (GM) Crops?
No, the trouble-free seedless watermelon etc that you eat is NOT a GM crop. It is simply a product of plant breeding and is developed over a period of time. A GM crop is simply any crop variety which has had its DNA modified through genetic engineering. These plants (or their seeds) are “prepared” in the laboratory after manipulating their genetic makeup in a highly specialized manner. This is usually done to give the plant a certain trait or character that it may otherwise lack (e.g. resistance to certain plant disease, etc). While this may provide some immediate vigour to the plant, the safety of such crops has always been under question. Experts in agencies like the United Nations advocate that the safety of genetically modified foods MUST be evaluated on a case-by-case basis.

So what is the issue?
Once the genetically modified crop (and its products) makes it to the market, there is no telling on the difference between GM crops and naturally grown crops. This takes away your choice to choose to consume a naturally grown food material or a crop produced from seeds with genes from another species (even animals). What is also very concerning is the dilemma that will result in the mind of a vegetarian as to whether GM crops are vegetarian or (in having animal genome) non-vegetarian? That is not all. We do not what will be the ecological result of the growing GM crops along with other crops of the same and other types. There is still not concrete study identifying the consequences of a genetic spillover and a resulting genetic pollution in the environment. There is no authoritative study which reveals the impacts of the use of GM crops on the local and regional biodiversity. The field trials are either carried out in secrecy or have not been carried out.

But why is it an issue now?
Even as there is considerable uncertainty on the safety of the use of GM crops as well as ethical consideration for any practicing person who is vegetarian by religion, the Government of India is proposing to set up a centralised single window clearance system for the use and sale of Genetically Modified (GM) crops in India through the Biotechnology Regulatory Authority of India (BRAI) Bill. It is highly unfortunate that the Government considers something as significant as the ‘food on our plate’ to be manipulated in this manner. If the Bill is passed, it will facilitate the application and use of GM crops in the country through a simple clearing system without any detailed field assessment or trials. It will not just make you prone to eating something you may not want to, the uncertainty around its safety and use will also threaten the agricultural sector in India from top to bottom.

Do we need GM crops?

In the 1960s, the then young India was reeling under food insecurity and was heavily dependent on imports for meetings her food demands. Then came the Green Revolution which transformed the agricultural sector. With the introduction of High Yielding Varieties (HYVs), the North Indian states of Haryana and Punjab became the food bowl of the country and we secured our food supply. The use of HYVs also required large amounts of water, fertilizers and pesticides. A decade later Punjab and Haryana started feeling the heat and the states report high incidences of cancer and other diseases in the present day. The soil is turning saline and the ground water is depleted beyond recovery. However, the green revolution that took place then was still required and has led to the development of India as a whole.

The situation today is nothing like it was in the 1960s. If at all there is lack of food supply, it is only a management or administrative failure. News of food grains getting degraded by the rains or eaten up by rodents are common and by no standard can that mean that there is an imminent food insecurity in the country. Why then is the Government moving to introduce a Bill in the agri/food sector in such a hurried manner when there is no urgency. Why does the Bill designed in a manner so as to facilitate the quick clearance to GM crops? Which research/ policy agency or civil society asked for GM crops in the country anyways? Food security today requires revolution in the administration and management of our granaries, not in agriculture itself. As for GM crops, far from ensuring food security in India, its introduction may even threaten food security due to the associated uncertainty of its ecological spillover.

Why should you care?
The right question here would be: why should you not? Your very choice of choosing natural food could well be taken away from you will not be able to tell GM food apart. If you are religiously vegetarian, you may no longer be sure of whether what you are eating constitutes a vegetarian or a non-vegetarian diet. The introduction of GM crops may even create an ecological imbalance in agricultural sector thereby threatening food security and increasing the costs of daily eatables. The shift in the agricultural sector from the hands of the farmer to the monopoly of the GM manufacturing corporate houses is something that will have far reaching implications on beyond just your plate.

Wed Aug 7 , 2013
Urban lifestyle is degrading the health standards of our country. Certainly, the lifestyle diseases will indirectly affect the economy. So, it’s high time that we direct our energies towards healthier eating habits and adopt work-out regimes. 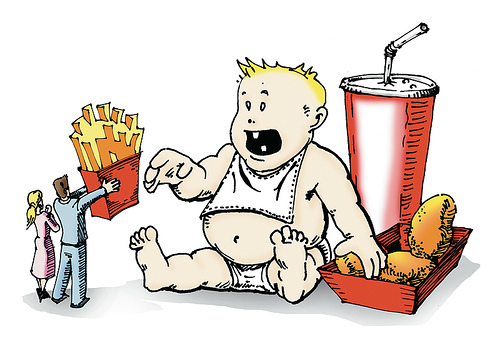