1. Pollution board may crack down on Delhi Golf Club

The National Green Tribunal (NGT) has asked the prestigious Delhi Gymkhana Club to pay a penalty of Rs. 5 lakh to avoid closure after the city’s pollution watchdog asked it to shut down for violating environmental norms.

Slapped with a closure notice for using five unauthorized borewells and illegally extracting groundwater, Gymkhana Club has got a breather from National Green Tribunal.  A bench led by NGT chairman Justice Swatanter Kumar has stayed the notice issued by Delhi Pollution Control Committee (DPCC) to shut down the club and disconnect its electricity supply.

4. NGT tells environment ministry to appoint only experts in panels

The National Green Tribunal (NGT) on Thursday directed the ministry of environment and forests (MoEF) to only appoint people who are specialized in environmental issues in the expert appraisal committee (EAC).

5. Centre to use sensors to monitor effluents flowing into Ganga

With green clearances on the verge of going online, road building agencies can soon start submitting proposals for Rail Over Bridges (ROBs) and Rail Under Bridges (RUBs) over the internet. They can also track the progress for approval.

After launching online green clearance systems for industrial and infrastructure projects, the government is now keen to kick-start a similar system to strictly monitor treatment of industrial waste – both effluents and emissions – by March 31 next year.

Water conservationist Rajendra Singh has said that the plan to start building 16 barrages on Ganga River between Haldia and Allahabad from October, should be put on hold till a proper evaluation of the impact of Farakka barrage on the free flow, bio-diversity and pollution defying capacity of the Ganga is completed.

In a relief to companies whose coal blocks had been de-allocated, the Delhi high court on Thursday allowed Tata Sponge Iron Ltd to apply for forest clearance to the ministry of environment and forests, despite opposition from the government.

The ministry of environment and forests has given environment clearance to Cairn India to raise crude oil production from its prolific Rajasthan block by 50 per cent to 300,000 barrels per day.

Launching India’s first ethanol-run bus in the city on a pilot basis, Union Minister Nitin Gadkari has said that a Bill to make provision for running vehicles on bio-fuels and hybrid electric would be tabled in the Parliament in the next session.

Indian Prime Minister Narendra Modi’s ambitious ‘Clean Ganga’ project received a shot-in-the-arm with the South Australia government showing its interest in cleaning up the river, which is considered sacred by many Indians.

How much should a person be compensated to breathe China’s polluted air? If you’re an expatriate employee of The Coca Cola Co. , the answer is a 15% bonus, according to a report last week in the Australian Financial Review.

In under eight months, humanity has used up its yearly quota of replenishable Earth resources, according to a report published on Tuesday by an environmental thinktank that monitors mankind’s impact on the planet.

One thought on “Environmental News and Media Roundup for Week 34, 2014”

NMML Public Lecture on ‘A Disconnect in Need of Urgent Repair: Scientific Thinking and Policy-making’

Wed Aug 27 , 2014
Share on Facebook Tweet it Pin it Share it Pin it Email The Nehru Memorial Museum and Library (NMML) invites all interested to a Public Lecture, in its ‘Science, Society and Nature’ series, on ‘A Disconnect in Need of Urgent Repair: Scientific thinking and policy-making’. The Lecture will be delivered […] 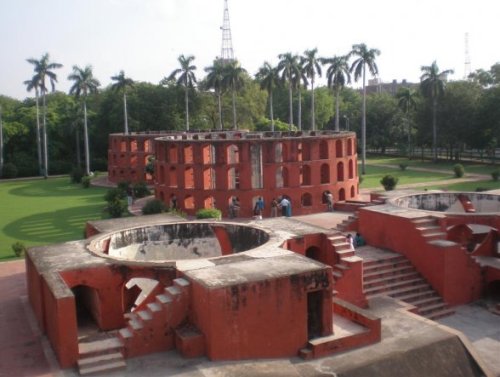