The Delhi Pollution Control Board (DPCC) on Friday held a workshop at the Mayapuri Industrial Area to look at revamping the existing Common Effluent Treatment Plants in the Capital.

NEW DELHI: Government today constituted a high-level committee to review various environment laws in order to bring them in line with “current requirements”.

New Delhi: The Supreme Court on Wednesday criticised the central government’s affidavit on the massive Ganga cleaning project as a “bureaucratic response” and asked it to furnish a revised stage-wise proposal.

6. SC to Bengal: Sterilising jumbos to check population is regressive

The Supreme Court on Tuesday restrained the West Bengal government from implementing its proposal to sterilise elephants or any other wildlife to restrict their population, while pulling up the ministry of environment and forest (MoEF) for ignoring issues regarding safety of elephants.

7. Water conservation plan to be unveiled on September 25

NEW DELHI: Just hours after Prime Minister Narendra Modi offered a red carpet minus the red tape to Japanese investors, environment and forest and climate change minister Prakash Javadekar said his ministry is no longer playing “Office Office” with green clearances. Instead the entire process has been made transparent by bringing it online.

NEW DELHI: The National Human Rights Commission (NHRC) is preparing to grapple with issues such as displacement, unhealthy environment and violation of labour laws by businesses as it seeks to sharpen its focus amid rapid industrialisation and increased economic activity.

10. Ozone pollution in India kills crops that can feed 94 million in poverty: study

In one year, India’s ozone pollution damaged millions of tons of the country’s major crops, causing losses of more than a billion dollars and destroying enough food to feed tens of millions of people living below the poverty line, says a new international study.

BANGALORE: India’s heat and dust image persists: the country was ranked the ninth most polluted country in the world by the Global Health Report 2014 on air pollution levels, by the World Health Organization.

12. Mountain of trash may be driving Himalayas to disaster

SHIMLA: Lalpani, a reserve forest, lies four kilometres off Shimla. For all the protection it is supposed to get, there is a giant heap of rubbish festering in it, a proof of neglect and contempt for environmental laws.

LONDON: Around 99 per cent of Sweden’s garbage is now recycled and the country is so efficient at managing waste they are importing it from other European countries.

One thought on “Environmental News and Media Roundup for Week 36, 2014”

Time to Expand from Swacch Bharat to Sanitized Bharat Abhiyan

Wed Nov 19 , 2014
The Swacch Bharat Abhiyan, launched by Prime Minister Narendra Modi - on and well before October 2nd, has created measurable waves across the country. As a result of this campaign, unclean surroundings is no longer acceptable and littering is now frowned upon. 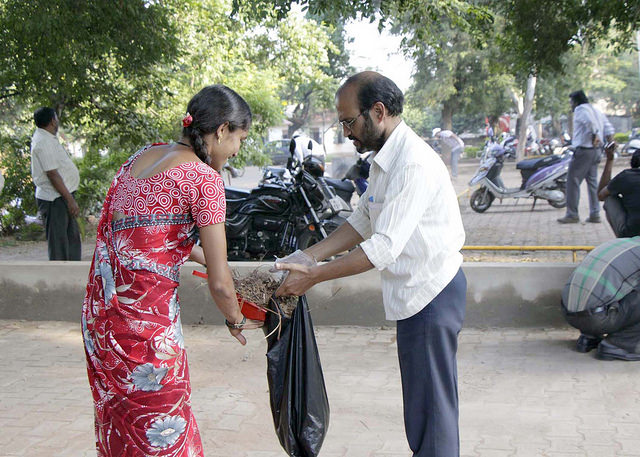