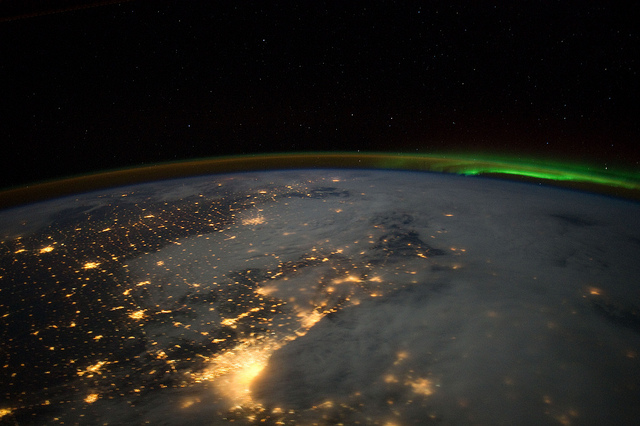 A unique collection of countries representing a majority of the world population and Hydrofluorocarbons (HFC) consumers and producers, including China, India, Brazil, and South Africa, along with the European Union and the United States, have called for fast action to cut production and use of HFCs. HFC is the fastest growing greenhouse gas in the world. The use of HFCs became popular in the world after the phase out of the ChloroFluoroCarbons (CFCs) which were found to be the cause of the destruction of the ozone hole over Antarctica. Nations around the world have now called for using the institutions and expertise of the Montreal Protocol (the protocol used for phasing out CFCs), to bring down the use of HFCs.  In total, more than 120 countries have called for action to phase down HFCs.

The success of the Montreal Protocol has put the stratospheric ozone layer on the path of recovery by 2065, and provided climate mitigation equivalent to a net of 135 billion tonnes of carbon dioxide, which is five to ten times more than the Kyoto Protocol climate treaty has provided to date. Parties to the Montreal Protocol have made some more progress in their negotiations in a recent meeting in Paris for phasing down production and consumption of hydrofluorocarbons (HFCs), used primarily as refrigerants and to make insulating foams. This will now avoid the equivalent of up to 200 billion tonnes of carbon dioxide emissions from these fast-growing greenhouse gases by 2050, and will avoid 0.5°C of warming by 2100.

Durwood Zaelke, President of the Institute for Governance & Sustainable Development noted, “We turned a corner in Paris with China and India indicating their willingness to consider how to move forward to discuss the proposed HFC phase down.” India’s Environment Minister Prakash Javadekar brought new ideas and new energy to the meeting, and will clearly be one of the leaders going forward next year on the HFC amendment. “The world’s two biggest countries have moved onto the winning team, and this means that the HFC amendment is now inevitable”, Durwood Zaelke further noted.

Phasing down HFCs will provide the equivalent of up to 146 billion tonnes of carbon dioxide by 2050, and avoid up to 0.5°C of warming by 2100.  A fast phase down by 2020 will provide additional mitigation, equivalent to up to 64 billion tonnes of carbon dioxide. “This is the only climate strategy where all the major countries of the world are lining up on the same side,” said Durwood Zaelke.  “As Segolene Royal, the French Environment Minister, said in her opening remarks this week, the road to a successful climate treaty in Paris next December runs through Montreal—although we’re running out of time to get the job done.”

Noting the 30 September 2014 agreement between President Obama and Prime Minister Modi of India to cooperate on the phase down of HFCs under the Montreal Protocol, India’s Environment Minister Javadekar has called for clear roles for developed and developing countries, with different phase down schedules. A critical agreement has been reached in the recent meeting on Paris where the Parties have agreed to replenish the Multilateral Fund with $507.5 million over the next three years, a record amount that has reassured the developing countries that the full agreed incremental costs would be paid for the current phase down of HCFCs.

The Multilateral Fund is the Montreal Protocol’s dedicated funding mechanism, which pays the agreed incremental costs for developing country parties to move to the climate friendly substitutes. The Multilateral Fund has provided more than $3 billion to date to support the phase down of nearly 100 chemicals that damage the stratospheric ozone layer and warm the climate, by nearly 100%.

Mon Nov 24 , 2014
Intersolar India, one of India's largest exhibition and conference for the Solar Industry, concluded recently in Mumbai. The Intersolar AWARD for the best and most innovative Solar Projects in India category is one of the highlights of this exhibition. The Intersolar AWARDS in the present year 2014 were given to Bosch Ltd., Tata Power Solar Systems and Trojan Battery. 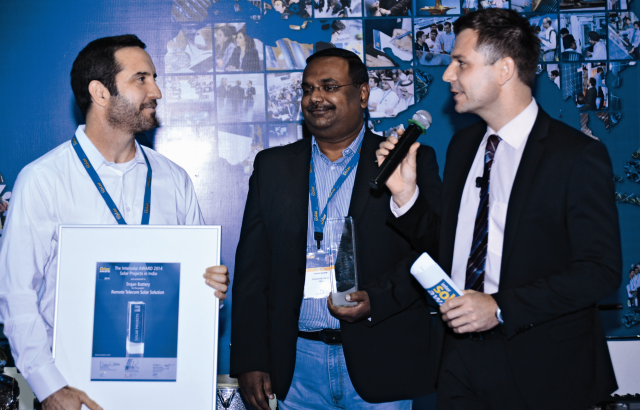