1. NGT call to ban parking of cars on all tarred roads in capital

The National Green Tribunal on Monday ruled that parking of cars on tarred roads be prohibited completely and directed corporations to impose a fine of Rs 1,000 on violators as “compensation for degradation of environment“.

The forest department has claimed it planted nine lakh saplings in 2014 and distributed six lakh more to citizens for greening the capital. Asked For Names And Location By NGT, Can’t Find The Data.

3. Hotel near IGI ‘sealed’ for not treating waste

There are more than 2,200 tigers in India’s forests, the latest census reveals, indicating a sharp 30% rise in four years that’ll come as a big boost to India’s conservation efforts.

5. The big cats are back, now clear their corridors

A recent study has tiger conservationists gearing up for a new battle to protect vital forest links from development.

In a first of its kind exercise, India has conducted economic valuation of six of its tiger reserves and placed their value at Rs 1,49,900 crore.

Prime Minister Narendra Modi-led council on climate change, which was reconstituted last year, will hold its first meeting on Monday and brainstorm on finetuning renewable energy issues which are to be taken up with US President Barack Obama during his India visit.

8. Traffic curbs on 26th may clear the air for Obama

US President Barack Obama may not breathe in the highly polluted air in Delhi after all, thanks to rain on Thursday.

Beyond all the optics and symbolism of the US President being chief guest at India’s Republic Day celebrations, Barack Obama is arriving in New Delhi with his eye on at least one big prize: A climate change deal, at least of the kind he has clinched with China.

In a blow to the Modi government, the Delhi high court on Tuesday ordered it to unblock foreign funds of Rs 1.87 crore received by Greenpeace India from its parent organization.

The government is working on a Rs 1.2 lakh crore scheme to set up 20,000MW solar power projects, or a fifth of the total solar power capacity envisaged by 2021-22, through qualified unemployed or under-employed youth in the next five years.

A government panel on Wednesday cleared as many as 53 projects, including those of power, railways, roads and irrigation canals, while the environment ministry decided to ensure faster green clearances for border roads and infrastructure projects for Indo-Tibetan Border Police.

A high-level government panel ­ National Board for Wildlife ­ has given its nod to operationalize the ready-to-function Neyveli Lignite’s 1000MW thermal power plant in Tamil Nadu’s Tuticorin district.

In a first, the National Green Tribunal has ordered three persons – the owner of the land, a hotelier and his agent – to pay a fine of Rs 10 lakh to the forest department for allegedly chopping 477 trees in Shimla in a private land and part of reserve forest land.

Move To Promote Ethanol-Blended Alternative Fuel – In its move to push higher use of alternative fuels, India will soon notify the emission standards for vehicles that can ply on 85-95% ethanol-blended fuel.

Central Pollution Control Board ­ country’s main pollution watchdog –has set up a panel to develop easy-to-understand `Standard Operating Procedures’ for evaluation of the impact of polluted air, water and landsoil on human health, flora and fauna in the `severely’ polluted areas.

Chennai and Mumbai are the only big Indian cities with an effective system to manage biomedical waste, whereas Delhi and other north Indian state capitals have a poor record, a study has found.

The United Nations asked governments on Thursday to submit plans to cut greenhouse gas emissions as the building blocks of a deal due in Paris in December to limit global warming, after scientists said 2014 was the hottest year on record.

Sun Feb 1 , 2015
The Yamuna Biodiversity Park invites the citizens of Delhi for celebrating the World Wetlands Day by coming together for a discussion on the importance of wetlands and the need for their conservation. 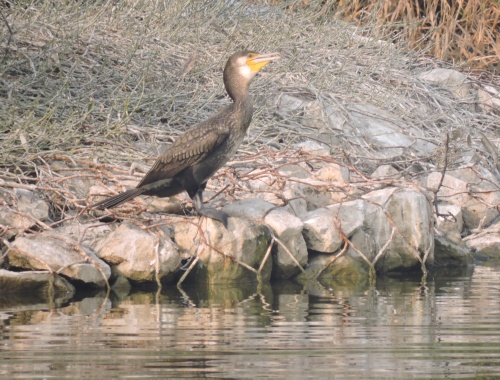