Weekly green news roundup from across different media networks for week 42 (between Oct 12 to 18) 2015.

It’s October, but Delhi is still feeling the heat.

The National Green Tribunal has imposed a fine of Rs. 5 lakh on a five-star hotel in New Delhi for flouting environmental norms and causing damage to the environment.

The New Delhi Municipal Council, one among the 98 cities chosen for the second round of the Smart City Mission, will be holding public consultations in a phased manner to incorporate ideas and concerns of stakeholders in its jurisdiction.

New Delhi Municipal Council, which is one the 100 participant cities selected for stage-II of the Smart City Project, held a consultation process with 34 embassies and high commissions so that it can submit its plan to the urban development ministry due in December.

Close on the heels of Supreme Court directions of levying pollution tax on commercial vehicles entering the national Capital, the environment department of the Delhi Government has asked the Delhi Pollution Control Board, Delhi Jal Board, revenue and industrial authorities to expedite action of closing down severely polluting industries which are discharging pollutants/emissions beyond the acceptable level into the Yamuna or the atmosphere in the city.

In a major initiative, Delhi Government has decided to redesign over 1,200 km of roads in the capital at a cost of around Rs 5,000 crore, taking cue from European cities to promote public transport, cycling and making streets friendly for pedestrians and physically- challenged people.

Concerned over the increasing encroachment on the Yamuna floodplains here, an environment activist today moved the National Green Tribunal against the operation of concrete plant by an engineering and construction company here.

After facing closure for not complying with the environmental norms, 31 hotels and guesthouses in Mahipalpur near the IGI Airport on Tuesday moved the National Green Tribunal challenging the imposition of additional conditions on them for operation.

In a fresh spate of illegal constructions, land sharks have wiped out a vast swathe – 15 hectares or as big as seven football fields – of ecologically critical Yamuna floodplains by building sprawling farmhouses and residential structures, Mail Today has found.

A workshop on ‘dust control measures to control air pollution’, held at the Delhi secretariat on Wednesday, pointed out the need of laying down construction project-specific air quality norms and setting up of environment management teams in construction companies, according to government officials.

In a significant effort to bring down Delhi’s deadly air pollution level, the Supreme Court on Monday ordered the authorities concerned to levy an environment compensation charge of Rs 1,300 on heavy commercial vehicles and Rs 700 on light trucks, which enter the Capital from neighbouring states and travel through it spewing noxious fumes.

Urban India is witnessing a rapid growth with more than 300 million Indians already living in cities and towns.

A stretch of the Yamuna, upstream of Wazirabad could soon become a kayaking and canoeing hub for the capital.

14. This year, Durga goes green to save Yamuna

Durga Puja is less than a fortnight away and Gobindo will have to deliver 30 idols by October 18, a day before the festivities begin across the capital.

15. NGT notices on felling of trees

The National Green Tribunal on Monday issued notices to the Centre and the Delhi government on a petition citing non-compliance of its earlier order for removal of concrete from around trees and freeing them of nails, advertisements and cables.

The National Green Tribunal on Monday asked the government to set up a specialised cell in the Forest Department to undertake tree or plant translocation and suggested setting up of a Geo Information System Cell in Rajasthan for monitoring of forest cover alongside roads.

17. Railways to Plant Trees Along Tracks in a Country-Wide Initiative

The Railways will take its green initiative a step ahead create a green cover along the tracks across the country, Union Minister Suresh Prabhu announced today.

Union Science and Technology and Earth Sciences Minister Dr. Harsh Vardhan on Saturday said that he has instructed his ministry officials to develop more cost effective and efficient electrical lamps and other solar devices for the benefit of people.

With countries across the globe gearing up for the crucial Paris climate summit, India on Thursday launched a massive awareness drive on the issue by flagging off a ‘climate change special’ science express train.

Hundreds of river activists and environmentalists organized a walk demanding release of water in Yamuna and speed up cleaning programmes to save the river from further degradation.

21. India and France to work together in making Chandigarh a smart city

A FRENCH delegation on urban infrastructure development, led by Francois Richier, Ambassador of France to India, visited Chandigarh on Monday.

Pledges by nations to cut carbon emissions will fall far short of those needed to prevent global temperatures rising by more than the crucial 2C by the end of the century.

Sat Oct 24 , 2015
The monkey population in North Delhi (Kamala Nehru) Ridge continues to create trouble for the visitors and students of University of Delhi. 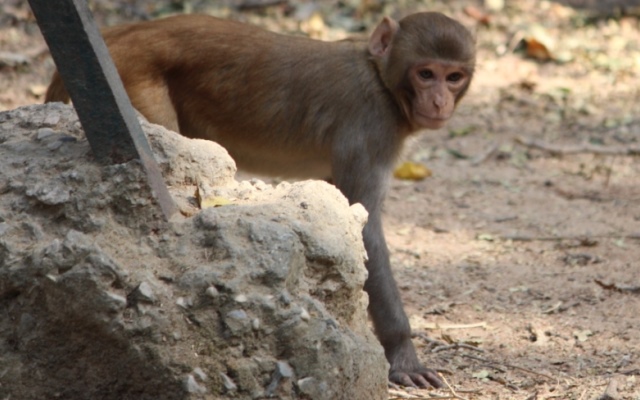