The history of Delhi is so rich that it astonishes us all. Yet there are many monuments in Delhi that are not included in the list of attractions meant for tourists. We all know that what is out of sight, gets out of mind.

But what we also need to know is that what becomes out of mind could be lost in so many way. Indeed, many of long-forgotten monuments of Delhi need our urgent attention lest they will be lost to increasing urban pressures.

Here are seven forgotten ruins in the heart of Delhi that are hardly visited by us. 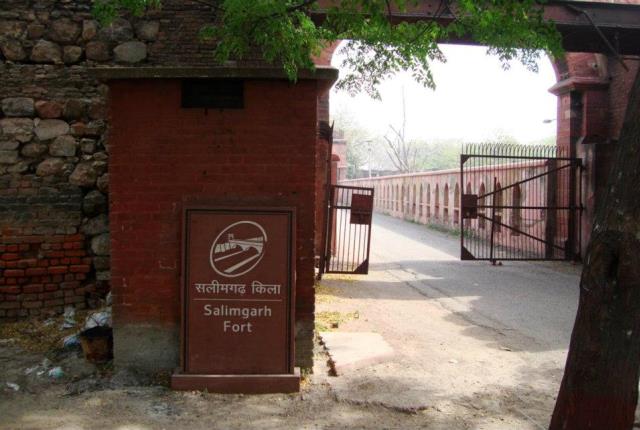 Almost always overshadowed by the Red Fort, Salimgarh Fort has its own historical importance. It even has some links with the Indian National Army (INA) which was led by Subash Chandra Bose and many of the relics of Salimgarh’s past as well as those of the INA can be found here. The fort is declared as a UNESCO World Heritage site. It’s access is only through Red Fort, and can be reached after crossing the Baoli located inside the Red Fort complex. Image by Dr. Govind Singh 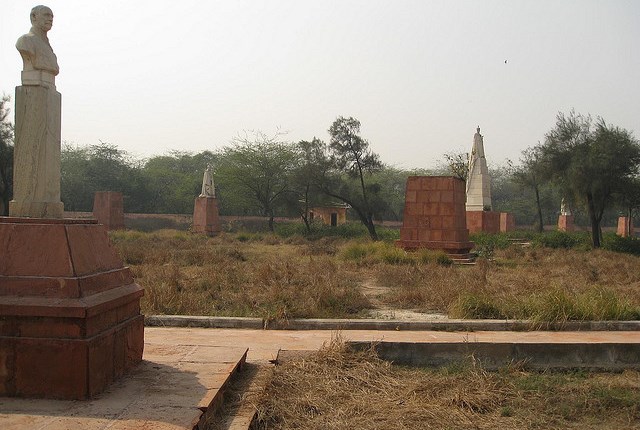 The place where Delhi was declared the capital of India by the Britishers remains far away from the citizens of Delhi city today. This historical spot is not visited often due to its location in North Delhi, as it is far away from any Metro station. Some renovation work by Delhi Development Authority (DDA), which been ongoing for quite some time now, might help the Coronation Pillar preserve its heritage. It’s an ideal spot for adventure seekers. Image by H. Kumar. 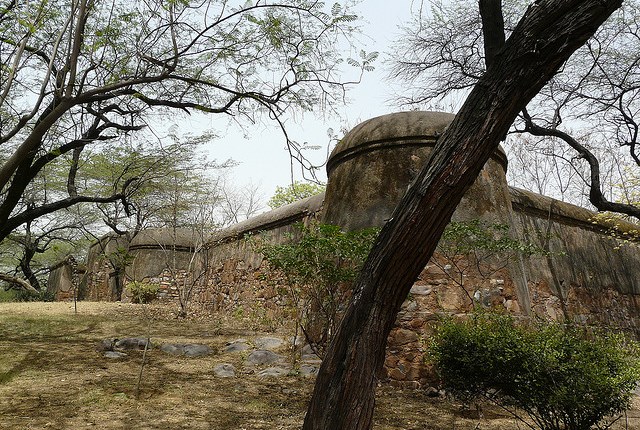 The hauntingly beautiful Bhuli Bhatiyari Ka Mahal palace in the Central Ridge lies in ruins and is not visited by many visitors. Although the palace looks simple, still the twin gated entrance makes up for an excellent treat for the photo fanatics. This is one place in Delhi which is definitely haunted. If you don’t believe me, you can do a Google Search and read the over dozen reviews..all of which warn about its haunted whereabouts! Image by V.S. Kapur 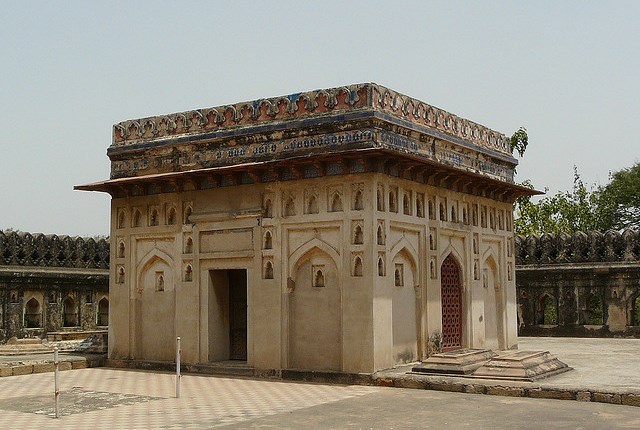 A lessor known Mughal monument located near the Qutab Minar, Jamali Kamali Mosque and Tomb is believed to be haunted. The eye catching verses inscribed on its walls make it quite interesting to look at. A visit is suggested if you’re in a mood for a day long vacation! Image by V.S. Kapur 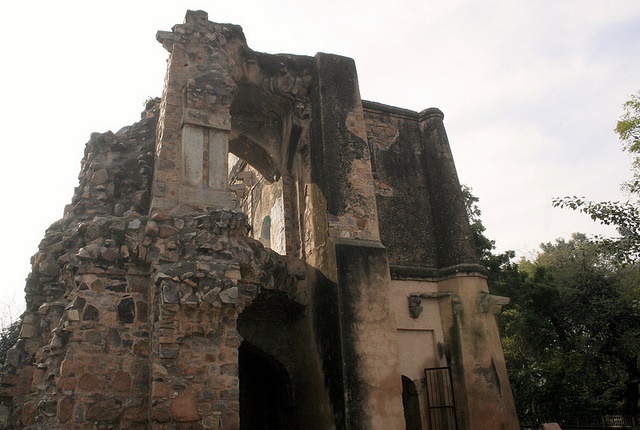 Pir Ghaib is another ruin that barely draws attention and hence remains neglected and unknown. While the structure may not seem interesting at first, climbing on top of this monument reveals that it may be an astronomical structure older than Jantar Mantar. Pir Ghaibi is located in the North Delhi (Kamala Nehru) Ridge and is named so because it is believed that a Pir (saint) used to live in this monument in recent times who suddenly disappeared. The monument is graded as having Archaeological value A by INTACH. A must visit for history buffs. Image by V.S. Kapur 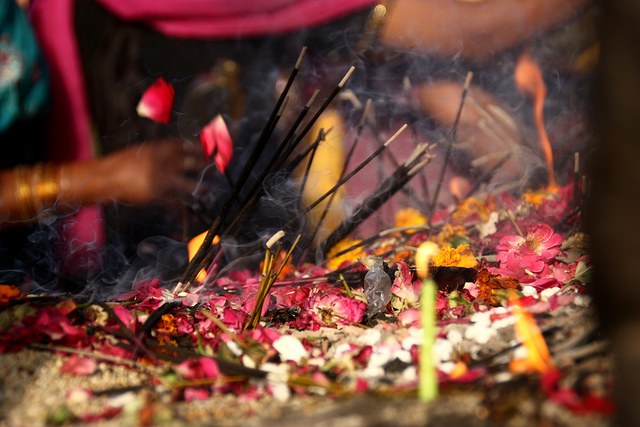 Rated as one of the top haunted places in Delhi, Feroz Shah Kotla monument is often missed for the Feroz Shah Kotla Cricket stadium! The formed ruins of the fort offer a perfect setting for devotees offering prayers. Being surrounded by big offices, multi-lane express roads and a stadium, it is still unknown to all. It should be visited more often as it is a beautiful and a calm Fort which really takes you back. While here, do not forget to pray to the Djinn or else he could take full control of you. Image of people praying to the Djinn at Purana Qila by A. Marchand 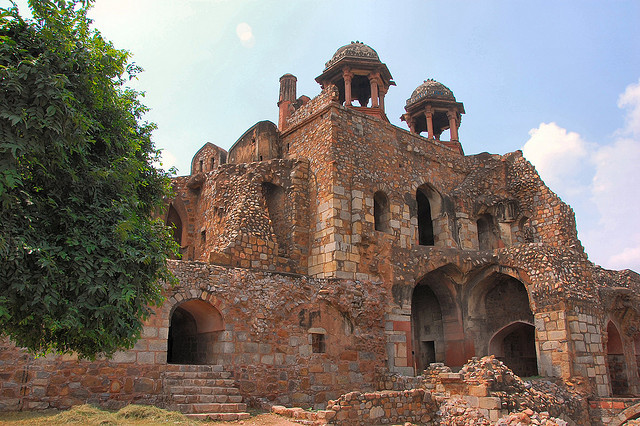 This ancient monument reminds us of the rich heritage Delhi possesses. It also reminds us of how we have and continue to destroy this rich heritage. Purana Qila is one of the most captivating tourist site in Delhi. It is also known to be the venue for the Sound & Light shows held during the evening time. The Fort hides beneath it several layers of history, some of which is excavated and displayed here. Often overshadowed by the Delhi Zoo next to it, Purana Qila is a must visit for anyone who has any appreciation of Delhi’s history and cultural past. Image by R. Bowling

Moksha Sharma volunteered with Delhi Greens in 2015 when she was an undergraduate student of Sanskrit at the University of Delhi.