Weekly green news roundup from across different media networks for week 45 (between Nov 2 to 8) 2015.

Delhi’s air quality hit a new low today with particulate matters and level of Benzene spiking astronomically in few pockets of the city with Anand Vihar showing the maximum PM 2.5 at 716 microgram per cubic metre, nearly 12 times higher than the permissible limit.

3. Government to set up control room for daily review of air pollution in Delhi

With Diwali and winter round the corner, the Centre on Friday decided to set up a control room to undertake daily review of pollution level and monitor air quality in Delhi and National Capital Region.

The National Green Tribunal today restrained Delhi Jal Board from spending in excess of Rs. 50 crore on river Yamuna till its further orders or directions after it was informed that over Rs. 900 crore has been spent for cleaning the river.

5. Camera mounted on tree, forest dept calls it a violation

A CCTV camera was seen nailed to a tree on Red Cross Road that separates Parliament Complex from the Red Cross Building. This is in violation to the Delhi Preservation of Trees Act, 1994.

Power distribution companies (discoms) have informed Delhi government of their inability to collect environmental compensation fee levied on every household by the National Green Tribunal (NGT).

7. Study by Central govt: Dust levels this Sept highest in five years, to spike during Diwali

Delhi-NCR witnessed the highest fine particulate matter (PM 2.5) levels in five years this year in September, according to air quality data collated by the Ministry of Earth Sciences’ SAFAR stations.

Delhi Transport Minister Gopal Rai on Thursday said levy of congestion tax would help solve the problems of increasing pollution and gridlocks in the national capital.

The National Green Tribunal on Monday directed the authorities to challan the vehicles parked on roads and seal auto repair shops in an East Delhi residential area.

10. How is CRPF occupying forest land near Tughlaqabad Fort: HC

The Delhi High Court today asked the city government and DDA how the CRPF has built barracks and was occupying forest land near the 14th century Tughlaqabad Fort.

The public works department has moved the government with a plea that it should be made exempt from applying for tree cutting permission for projects.

The National Green Tribunal on Monday banned sand mining on the Yamuna floodplains, while hearing a plea that alleged that private firms were involved in the illegal activity and were even building a bridge across the river to transport the sand.

The National Green Tribunal Wednesday issued directions to ban the practice of crop burning in Delhi and four neighbouring states.

An increase in Antarctic snow accumulation that began 10,000 years ago is currently adding enough ice to the continent to outweigh the increased losses from its thinning glaciers.

Researchers have discovered a strong relationship between global and local climate change and a mountain’s internal tectonic plate shifts and topographic changes.

Delhi Greens Wishes Everyone a Green and Safe Deepawali

Wed Nov 11 , 2015
Delhi Greens Blog wishes all its readers, subscribers and members a very Happy, Green and Safe Deepawali - the Festival of Lights! 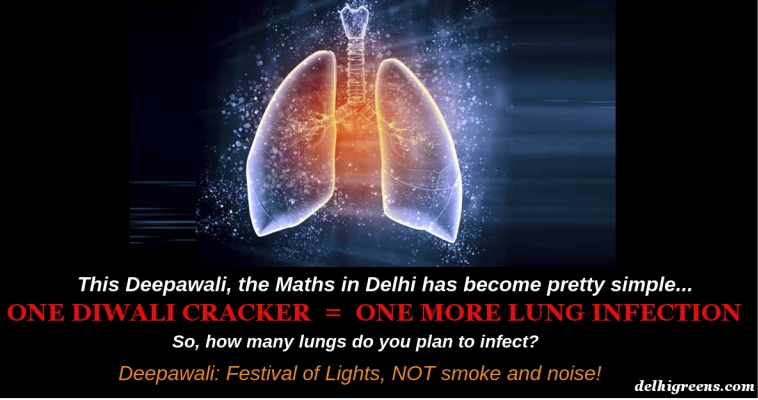