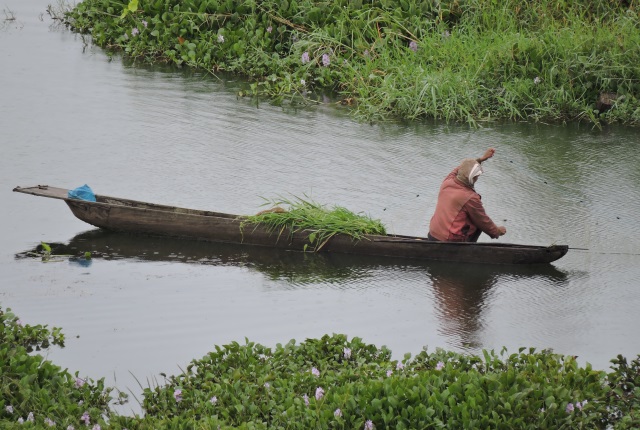 World wetlands day is celebrated every year on 2nd February. This day marks the date of the adoption of the Convention on Wetlands on 2 February 1971, in the Iranian city of Ramsar on the shores of the Caspian Sea. The day is celebrated as a reminder of the importance of wetlands in our lives through the various services that they provide. It is also a reminder to all the citizens of Delhi that we once had over 1,000 wetlands and less than 400 active wetlands remain in the NCT of Delhi today.

Following is the message of the Minister of State (Independent Charge) of Environment, Forest and Climate Change, Shri Prakash Javadekar, on the occasion of World Wetlands Day. The theme for World Wetlands Day 2016 is Wetlands for our Future: Sustainable Livelihoods.

“The World Wetlands Day, celebrated on 2nd February each year around the world to mark the adoption of the Convention on Wetlands in the city of Ramsar in Iran in 1971, is a day to promote, create awareness and ensure positive and affirmative action for conservation of wetlands.

Wetlands are valuable as sources, sink and transformers of a multitude of biological, chemical and genetic material. In addition, wetlands have special attributes as cultural heritage of humanity, and “liquid assets”.

The theme of World Wetlands Day this year is ‘Wetlands for our Future – Sustainable Livelihoods’. The theme highlights the value of wetlands in securing local livelihoods through activities as fishing, rice farming, tourism, and water provision. Ever since civilizations began, wetlands have played an important role in development of human society. The ‘wise use’ principle of wetland management encapsulates the linkages between wetland functioning and livelihoods, on sustainable basis guided by ecosystem approaches.

The Ministry of Environment, Forest and Climate Change will continue to accord high priority to conservation and wise use of wetlands in the country. The National Plan for Conservation of Aquatic Ecosystems provides the policy framework and support to State Governments for integrated management of wetlands.

The Ministry has also initiated the process of revising the existing regulatory framework on wetlands to enable a greater role and ownership by State Governments in management of wetlands, particularly as water and land are State subjects.

The State Wetland Authorities are envisaged to be entrusted the role of management and regulation of wetlands within their jurisdiction.

In a strategic step towards increasing the capacity of wetland managers in integrated and holistic management, upgrading the existing Wetland Research and Training Centre of Chilika Development Authority at Barkul, Odisha into the National Capacity Development Centre for Wetlands is also being envisaged.

This year the World Wetlands Day is being celebrated by the Ministry, in collaboration with the Government of West Bengal at Sunderbans, one of the largest single block of estuarine mangrove forests in the world, which provides habitat to numerous plant and animal species, including the Royal Bengal Tiger.

The Ministry looks forward to working with State Governments, experts, NGOs, private sector and concerned citizens from all walks of life to secure these natural resource endowments.”