Weekly green news update from across different media networks for week 18 (between May 2 to 8) 2016.

Levels of ozone, a gaseous pollutant, have shown a spike in the last three days after dipping immediately once the second round of odd-even scheme came to an end on April 30, according to data collated by various monitoring agencies.

Last week, a team of scientists in Costa Rica pulled out a plastic straw from the nostril of an olive ridley sea turtle.

3. Public transport integration can curb congestion and pollution in Delhi

The Delhi government’s odd-even road rationing scheme stopped air pollution from getting worse, the Centre for Science and Environment said on Thursday, criticizing the auto industry for claiming that vehicles are an insignificant source of pollution in the national capital.

The Delhi High Court has asked the Delhi government to prepare a comparative report on the forest cover in Delhi and ridge areas of 1996 and the current status.

The mammoth ticking garbage bombs of Ghazipur and Bhalswa landfills are spewing toxic gases by the minute into Delhi’s already foul air because the national capital does not have an efficient waste management system.

The National Green Tribunal on Monday asked the Delhi government why it had not implemented its earlier order banning vehicles of more than 15 years old.

The second phase of the odd-even car rationing scheme helped “reduce” the air pollution during the initial few days but farm and forest fires played spoilsport and it registered a “sudden spike” from April 22 onwards, a green body claimed today.

The Delhi Jal Board was on Tuesday taken to task over construction of a sewage treatment plant by the National Green Tribunal which warned its officials not to play a “smart game” on the issue concerning pollution in river Yamuna.

Expressing concern over reckless felling of trees in large numbers, the National Green Tribunal on Thursday directed Delhi government to plant 2,000 trees for chopping 216 trees in a residential colony in north east Delhi.

A new plan to clean Yamuna, including removal of solid waste and preventing sewage from flowing into the river, is likely to be announced by the Union and Delhi governments soon.

12. Use of wetlands for sewage disposal ‘disturbing’: Govt

Terming encroachment of wetlands and their use as sewage disposal sites “disturbing”, government said on Tuesday it has taken several steps to protect such sites from rapid urbanisation and industrialisation.

The Lawmakers in a low house have passed Compensatory Afforestation Fund Bill, 2015. This bill aims at the afforestation that means to increase the forest cover in our country from 21.34 per cent of 33 per cent total land.

Pollution from the Yamuna is responsible for green patches on Taj Mahal, said the Archaeological Survey of India’s science branch in its latest report. Due to pollution and pools of stagnant water, the Yamuna has turned into a breeding ground for the insects that are sullying the white marble of the 17th century monument.

15. Leopards have lost 75% of their habitat range, a study has revealed

Warning of a global decline of leopards, new research has found that the elusive but iconic big cat has lost as much as 75 per cent of its historic habitat range.

Tue May 10 , 2016
The PAHONCH campaign reaches out to women in 73 villages across three districts of Gujarat and touches a population of more than 1.2 lakh in the state. 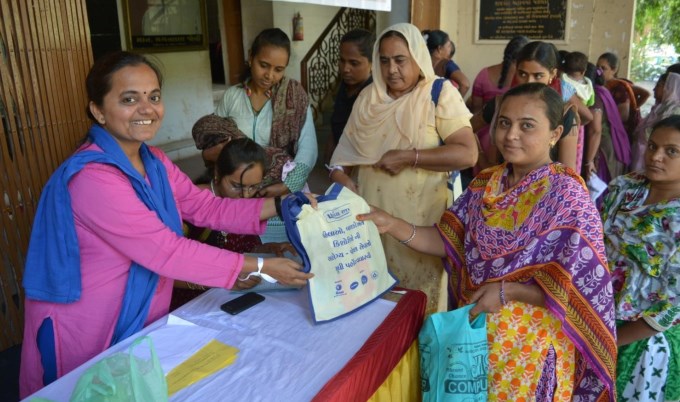