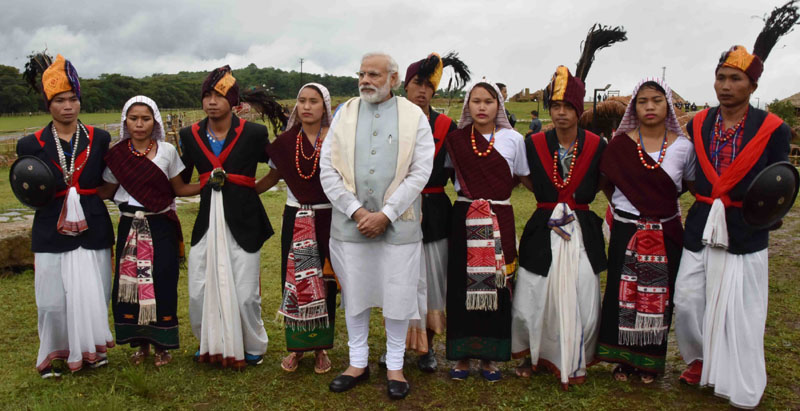 The Prime Minister Shri Narendra Modi at the Elephant Falls in Meghalaya on May 28, 2016. The Prime Minister visited the enchanting state located in North-east India and also disclosed his plans for the development of the entire region under his ‘Act East Policy’.

Some excerpts from his speech at a public meeting in Shilling can be found below:

“Meghalaya has a distinct historical, cultural and ethnic heritage. It is blessed with natural beauty and wildlife. There is no reason for a tourist to not want to visit Meghalaya. There is a tremendous opportunity for tourism, as well as adventure tourism, in the North Eastern Region, particularly, Meghalaya.

We need to develop Tourist Circuits by providing better facilities to tourists, in terms of improved road connectivity, hotels, and cleanliness. The Union Government has launched a new scheme of Swadesh Darshan, under which it is developing Tourist Circuits in the country. One such circuit is proposed for the North East….. 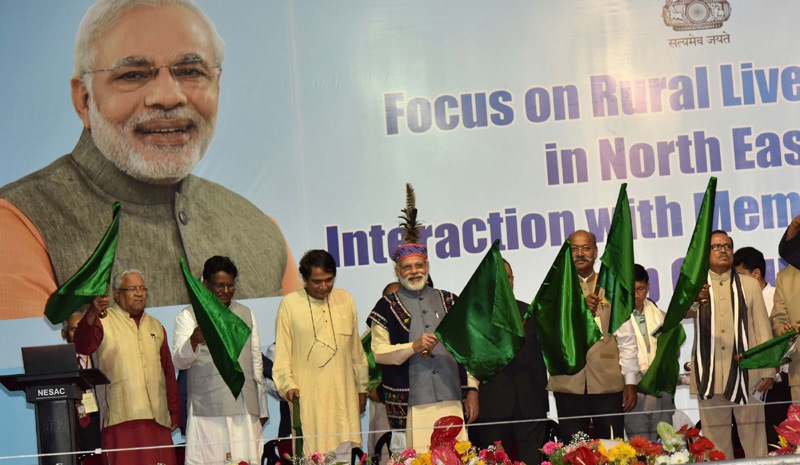 The Prime Minister, Shri Narendra Modi flagging off the new passenger trains for North East during the public meeting.

….Today, I unveiled a plaque for the foundation stone of a football stadium. We are all aware of the love that the people of the North-East, and especially Meghalaya, have for Football. Football is a passion here and is played in every nook and corner.

We are all familiar with famous football players such as Eugeneson Lyngdoh, Aibor Khongjee, and Marlangki Suting. They have done both the country and the State proud, by representing India in International Tournaments, and their clubs in the Indian Super League….

Next year, that is in 2017, India is hosting the Under-17 FIFA World Cup. We need to take advantage of this event being held in India; and ensure the spread and development of this sport not only in the North Eastern Region, but also in other parts of the country…..

….I am happy to note that the traditions of hygiene and cleanliness in the region got a boost with the Swachh Bharat Abhiyan. Mawlyynong village in Meghalaya, the cleanest village, and the entire state of Sikkim, including Gangtok, have become major tourist attractions.

We all know Cherrapunji, for being the place that receives the highest rainfall in the World. Today, another feather has been added to its cap. The Doppler Weather Radar at Cherrapunji has been dedicated to the Nation. I congratulate the Indian Space Research Organization; Bharat Electronics Ltd.; and the Indian Meteorological Department for setting up this Radar in Cherrapunji.”

Mon May 30 , 2016
The portal provides information on how to achieve near-zero energy status by using efficient lighting and renewable energy technologies. 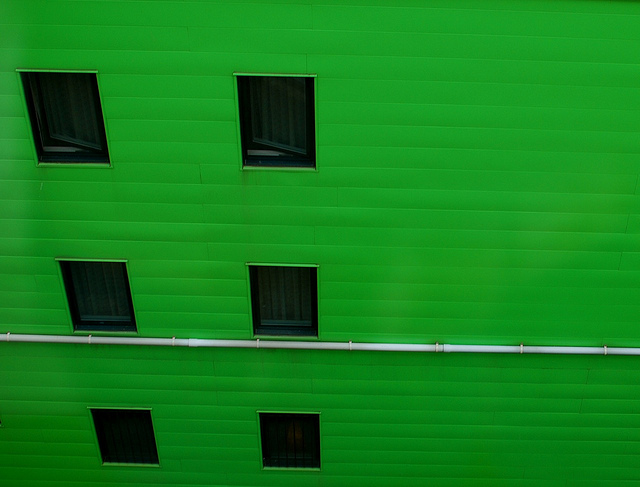