Weekly green news update from across different media networks for week 21 (between May 23 to 29) 2016.

1. NGT seeks details of groundwater use by Delhi Metro

The National Green Tribunal has taken exception to Delhi Metro Rail Corporation’s use of groundwater for washing of metro trains and directed it to submit details of the permission granted to it for extraction of groundwater.

The National Green Tribunal on Wednesday directed the principal committee, constituted for the rejuvenation of the Yamuna, to inspect the site on river floodplains where a threeday festival was organised by Art of Living.

South Delhi Municipal Corporation will set up a waste processing plant at Okhla landfill site. The decision was taken as the garbage dumped at the site has exceeded the permissible limit.

Aiming to tackle waste management more effectively, a group of RWAs in Mehrauli assembly constituency have decided to develop a ‘zero waste policy’.

The Delhi government Monday announced it had collected Rs 1,18,50,000 as fines from construction sites that had violated dust-control norms.

7. Pollution control network down, but motorists continue to be fined

Motorists in the Capital are being fined for not carrying an up-to-date copy of the pollution under control certificate, though servers at booths that give the mandatory document are down for the past 10 days.

8. NGT slams NHAI over chopping of trees for road widening

The National Green Tribunal has slammed the National Highways Authority of India for reckless felling of trees in the name of development of highways and sought details of the afforestation done by it to compensate the green cover.

The Central Pollution Control Board came out with guidelines to effectively deal with non-recyclable thermoset plastic waste earlier this week, more than a year after the National Green Tribunal (NGT) asked the pollution watchdog to do so.

The National Green Tribunal on Tuesday directed the Central Pollution Control Board to file data on population and vehicle densities in major cities.

About 40,000 live primates, four million live birds, 640,000 live reptiles and 350 million live tropical fish are estimated to be illegally traded, globally, each year and this is triggering nearly all major emerging infectious or zoonotic diseases like sudden acute respiratory syndrome, Ebola and Zika, said a report released by the United Nations Environment Programme on Monday.

The city-based National Environmental Engineering Research Institute (neeri ) along with IIT-Bombay (Powai) will be conducting a year-long study on air pollution of 10 major cities of Maharashtra with the aim of developing mitigation measures.

A team of field biologists and researchers of Manipur-based Centre for Conservation of Nature & Cultivation of Science has reported a very rare and endangered species of wild citrus fruit commonly known as Indian Wild Orange (Citrus Indica) from Dailong village in Manipur’s Tamenglong district. 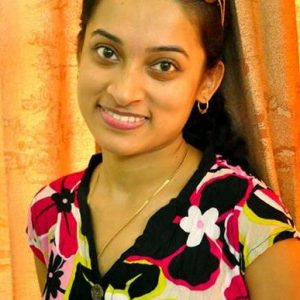