Weekly green news update from across different media networks for week 22 (between May 30 to June 5) 2016.

The Delhi High Court on Thursday issued notices to the Centre and the Central Pollution Control Board on a petition filed by the Electric Lamp and Component Manufacturers’ Association of India, and others, challenging the Centre’s proposed e-waste management rules, 2016.

The National Green Tribunal has directed the Delhi government to clean and restore all the natural water bodies in Delhi within three weeks.

3. Delhi Jal Board to store 60MGD water by year-end

Delhi Jal Board chief Kapil Mishra visited the Palla floodplains on Wednesday to review a flood water harvesting project that will be able to supply additional water to the city in case of a crisis.

To avert another water crisis in the capital, the Delhi government is planning to create a month’s back-up of water for the city.

Having reached its capacity, the Okhla sanitary landfill site is under tremendous pressure.

Two Indian star tortoises were rescued by an NGO from east Delhi’s Indraprastha Park, on Wednesday.

7. Delhi’s Pollution Woes Are Far From Over: Centre For Science And Environment

Delhi’s pollution troubles are “far from over”, a green body today said as its analysis showed that the number of vehicles entering the national capital from other states every day is close to the total number of vehicles that get registered in the city annually.

IN APRIL, the residents of Delhi went gone through another two-week experiment in the rationing of private car movement according to the last digit of their number plates — odd numbers allowed to move on odd dates and even numbers on even dates.

The National Green Tribunal on Tuesday rejected Art of Living foundation’s  plea for accepting a bank guarantee of Rs 4.75 crore as environment compensation instead of being made to pay the amount directly in the Yamuna floodplains case.

The Art of Living Foundation moved the National Green Tribunal Monday to constitute a fresh inspection committee to inspect the site on the Yamuna floodplain, where it held the World Culture Festival, and arrive at the final environmental compensation fee.

The National Green Tribunal on Tuesday said Metro projects must have environment clearance from state environment impact assessment authorities before work begins on the ground.

12. Civic bodies claim drains are clean but is Delhi rain-ready?

As much as parched Delhi is longing for rain relief, the nightmare of waterlogged roads is staring in its face.

13. At half the height of Qutub Minar, meet Delhi’s garbage high-rises

In a city where population increases at about 3.5 per cent per annum and the per capita waste generated rises by 1.3 per cent in the same period, devoting additional land to efficiently treat and dispose of the garbage generated is posing a problem.

The Delhi government has sought help and cooperation from Japan for development of key projects in the field of infrastructure and sewage.

Cracking the whip on states, the National Green Tribunal on Monday directed their chief secretaries to submit by Tuesday details of cities worst affected by air pollution, failing which bailable warrants may be issued against them.

Every year June 5th is observed as World Environment Day. This year United Nation calls for a worldwide campaign to take a strong action to curb the illegal trade of wildlife products that are threatening the biodiversity of our home planet.

14. Here’s it, first proof on presence of Eurasian Otters in India

For the first time in history of India’s wildlife conservation, the near threatened Eurasian Otters have been discovered and captured on camera in Satpura Tiger Reserve and in the Kanha-Pench wildlife corridor, confirming presence of these elusive creatures in the country.

In another blow to carmakers, the National Green Tribunal (NGT) is set to consider imposing a ban on the sale of large diesel-powered vehicles in 11 more cities on Monday, the Economic Times reported.

Decrying the Centre’s new Draft Wetlands (Conservation and Management) Rules-2016 as damaging to Assam’s rivers and wetlands, environmentalists have warned that the abundant and life-giving water-bodies would lose their much-needed protection under the new Draft Wetland Rules.

Indigenous people in Panama are using drones as a new weapon to monitor deforestation on their lands as thousands of hectares disappear every year in one of the world`s most biodiverse rainforests, the United Nations said. 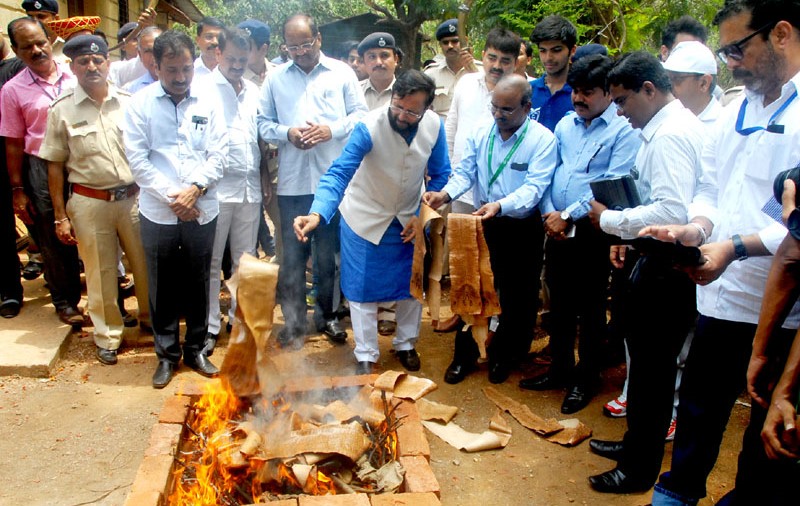