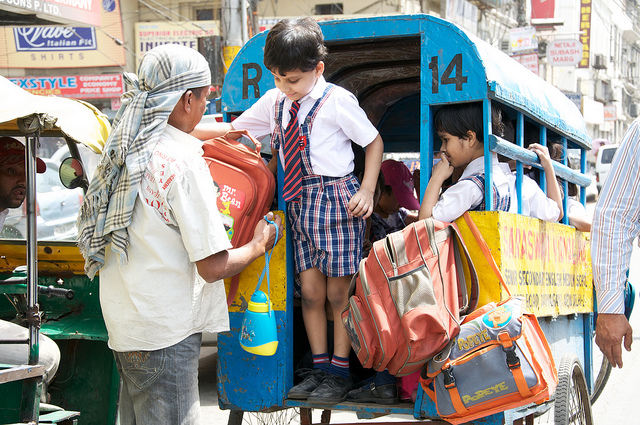 Children on the roads of Delhi are the most prone to Delhi’s air pollution crisis.

The status of environment in Delhi today reached a flashpoint. Schools in Delhi were ordered to shut down due to escalated air pollution levels for the first time in the history of the city. The schools which are run under the North, South and East Municipal Corporations of Delhi were all instructed to be shut today due to heavy smog. Several private/public schools have also been shut since yesterday due to the rampant and visible air pollution which has engulfed the city.

This is the first time that schools in Delhi have had to close down due to air pollution. Delhi has been featured as the most polluted city among all cities in the past and continues to witness large-scale air pollution due to several factors. Some of these are the vehicular emissions, construction work dust, landfill fires and the burning of straw by the farmers of the neighbouring states of Haryana and Punjab.

There have been several attempts been made to control Delhi’s rising air pollution. However, looking at the air pollution status in Delhi today, it can be said with absolute certainty that none of them have worked so far. The forewarning of the situation today have been many, but action on addressing this crisis in Delhi has not been as severe as the problem itself. What is also tragic is the fact that the worst hit section of the society are indeed the children, the ailing and the elderly.

The closing of schools in Delhi today, due to the smog and air pollution, is an environmental flashpoint for Delhi. It is also an indicator that the air pollution problem in Delhi has reached that tipping point when it is hurting life, as we know it. If the citizens of Delhi do not take note of this, and take necessary action, it could mean the end of normal life in Delhi and the collapse of very national capital territory of Delhi, that some Delhiites call it their Home.

One thought on “Environmental Flashpoint: Delhi Schools Closed Due to Air Pollution”

Sat Nov 19 , 2016
Tibet House and IIC invite all interested to a Spiritual Ecology - Annual Lecture on Buddhist Awakening in the Middle of the Climate Crisis. 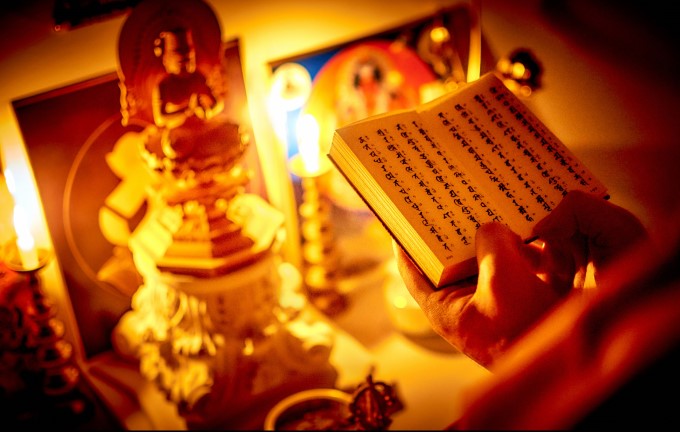