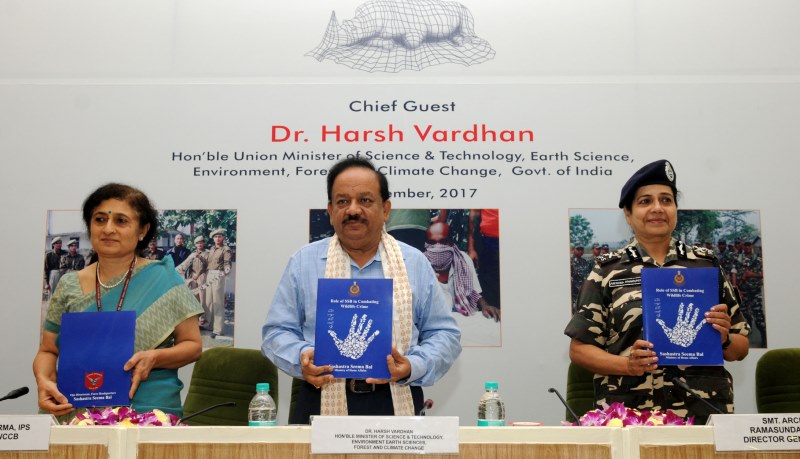 The Sashastra Seema Bal (SSB) recently organised a Seminar on the Role of Security Forces in Combating Wildlife Crimes at Vigyan Bhawan, New Delhi. The objective of the Seminar was to spread awareness and sensitization on crimes against wildlife. Addressing the inaugural session of the seminar, Environment Minister Dr. Harsh Vardhan highlighted that, “the law of the land must be upheld, since many species are on the verge of extinction.” Dr. Harsh Vardhan also underlined the need for human beings to live in harmony with nature.

Dr. Harsh Vardhan also shared the challenges that the SSB must be facing since it guards the open borders with friendly neighbouring countries, where force alone cannot be used to enforce the law of the land. He pointed out that development activities have increased tremendously and in this process, people are destroyed the natural abode of wild animals by cutting down forest for agricultural and industrial use.

The Minister added that tremendous loss has already been caused to environment and wild animals due to human mistakes. “Certain plants and wild animals either have either become extinct, or are on the verge of extinction, if whatever is now left with us is not taken care of, then in the coming days, we will see forests and wild animals only in books.” Dr. Harsh Vardhan warned. Dr. Harsh Vardhan assured the gathering that the recommendations made during the Seminar will be examined by Environment Ministry as Action Points for implementation.

In her welcome address, Director General, SSB, Smt. Archana Ramasundaram, made an appeal to all the dignitaries and representatives of sister agencies and NGOs to put forward ideas for formulating a long-term strategy for protection of forest and wild animals. She informed that of the total 629 Border Outposts (BOPs) of the SSB, as many as 229 BOPs are located in classified forested areas.

Elaborating on SSB’s efforts in the direction of environmental protection, Smt. Ramasundram informed that last year, the force had not only arrested 62 criminals in 60 cases, but had also saved the lives of Tokay-Lizard and sand-boa snakes. Dr. Ramasundaram added that this year, in just 8 months, 85 cases have been registered, while 95 smugglers have been arrested. Apart from these, SSB confiscated body parts of endangered species like dear, turtles and elephant tusks.

Sun Sep 24 , 2017
Prime Minister Shri Narendra Modi performing shramdaan for the construction of a twin-pit toilet at Village Shahanshahpur in Varanasi, UP. 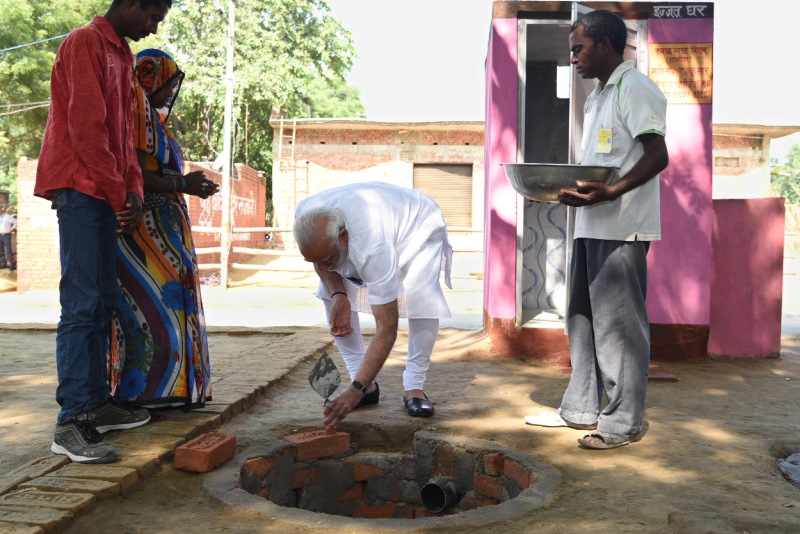