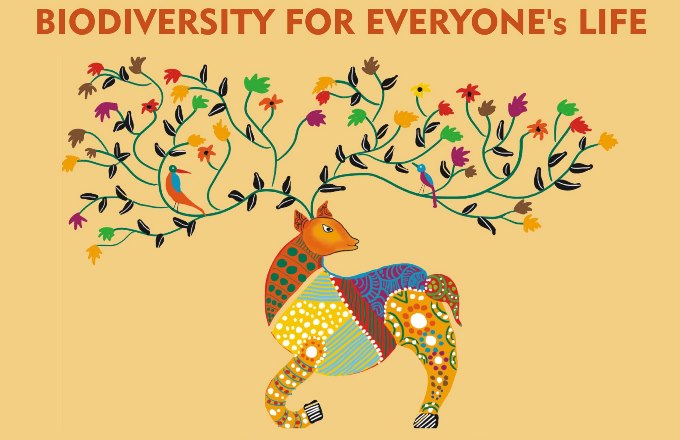 Miranda House, University of Delhi organised a Day Long Conclave on the theme Biodiversity for Everyone’s Life on 31 August 2018. The Conclave was organised in collaboration with the Manipur based Institute of Bioresources and Sustainable Development (IBSD). Ujala Mall, participant of the Conclave, shares her experience and learning from this Conclave.

The Day Long Biodiversity Conclave at Miranda House was as diverse as is the Biodiversity of India. From photographers to musicians, from scientists to environmental activists, the conglomerate was the most fascinating one. The Chief Guest of the event was Prof. K. Vijayraghavan, Principal Scientific Advisor to the Government of India who shared his scientific understanding of the subject with the participants. He was welcomed by the College Principal Dr. Pratibha Jolly. Introductory remarks were also shared by Prof. Dinabandhu Sahoo, Director, IBSD and Prof. L.S. Shashidhara of Indian Institute of Science Education and Research (IISER), Pune.

The informative presentation by Prof. C.R. Babu, Professor Emeritus, CEMDE, University of Delhi on Biodiversity and Human Survival helped make the connection between the existence of biodiversity and our survival on the planet. The success of the Yamuna and Aravalli Biodiversity Parks programme, as shared by Prof. Babu, was applauded by everyone participating in the Conclave. The interaction with Dr. Anil Joshi of Himalayan Environmental Studies and Conservation Organisation (HESCO) was also appreciated by all especially since he reminded the participants that life cannot exist without environment. And that biodiversity needs to be protected for the future generations as well and thus young people today need to work towards its conservation.

The presentation on Biodiversity Through Music by Prof. Ricky Kej of the National Institute of Advanced Studies, Bengaluru touched the hearts and souls of all the participants. Prof. Kej raised awareness on the issue of climate change and its impacts, which are already being felt in the different parts of the world. He also shared his musical pieces especially the ones focused on biodiversity and the need for its conservation. He shared from his experience of performing in the United Nations to meeting Prime Minister Narendra Modi and the impact it had on his life. Prof. Kej concluded his presentation with the national anthem playing over still and video footage of the wildlife heritage of India. The Science of Biodiversity was aptly shared by other eminent speakers such as Prof. Ramana Athreya who introduced the participants to the fascinating biodiversity of Arunachal Pradesh.

The aspect of Governance, Law and People’s Movement was suitably addressed in the Conclave through a Panel dedicated to this issue. The Panel was chaired by Prof. Mahesh Rangarajan, Dean of Academic Affairs, Ashoka University. Prof. Mahesh Rangarajan’s talk was an overhaul of Indian history and its association with biodiversity from the very beginning. Taking the participants to the 1940s, he shared how environment was also a key concern back then. He mentioned how Mahatma Gandhi was asked by a person to do something about the rapidly decreasing wildlife in the country. Mahatma Gandhi laughed and had said that wildlife might be disappearing from jungles and villages but it is increasing in towns and cities. Shifting focus to the 1960s, Prof. Rangarajan attempted to elucidate the scenario of the times for the participants. It was a time when environment got substantial attention from the Congress leaders. Many of the political meetings during this time dealt with the subject of impact of Forest Laws on people, pastoralists and peasants.

Prof. Rangarajan also shared the views of the famous author Rudyard Kipling on forest conservation, especially his belief that forests should be governed like a parent, where one should endeavour to protect them in all the ways one can, while at the same time becoming tougher with the elements which stymie the conducive growth. Then he compared conservation with freedom. He shared how the word freedom raises the question of freedom from whom? From what? Why? And how? The same questions arise when the protection of a tree is concerned.
Prof. Rangarajan shared several examples to show how the period of 1857-58 was a period of mass environmental destruction. Hunting was encouraged and people were rewarded for killing dangerous beasts and poisonous snakes around this time. He also mentioned that while Lord Curzon is mostly remembered for his hegemonic policies but it was he who showed concerns about lions, Taj Mahal and even founded the Asiatic society. He further acquainted the participants with the reason why India’s national animal was changed from lion to tiger in 1972. Tiger is found in 11 out of 16 states while lion is found only in one. Tiger was therefore thought to better represent the unity in diversity that is India.

The forests of today are facing threats due to expansion of population and economic expansion. This is posing to be a great threat to the wildlife and biodiversity. Prof. Rangarajan shared the details of his most recent study on Elephant Conservation and alerted how the elephants, considered to be intelligent, have now started killing almost 300 people every year and getting killed in large numbers in return. He concluded his presentation with the question of how to bring about inclusive – sustainable development for all. He concluded with a beautiful note stating, “the past never tells us what to do, it never asks to repeat itself but past is the only corridor through which we can learn from our mistakes and go ahead.”

The next speaker in the Panel on Governance, Law and People’s Movement was Mr. Abani Kumar Sahu. Mr. Sahu is a Senior Advocate in the Supreme Court of India. He announced how he studies the most dangerous animal and it took the participants some time to realize that he was actually talking about human beings. He encouraged the participants to use social media as a tool to spread awareness as well as to report violations of environmental laws. He also shared how India has some of the best laws regarding environment protection but most of these are rarely used. He concluded with an optimistic note that the 3,000 trees which were saved by Delhi students from being cut down refute the claim that the youth does not care about environment. He also shared how he believes that the next generation is more aware than his own.

The concluding panel of the Conclave was themed on Biodiversity: My Life, My Perspective. Professor Dinbandhu Sahoo gave a brief account of the various acts and laws that exist in our phenomenal constitution for protection of environment. Mr. Chetan Chauhan, Senior Associate Editor, Hindustan Times revealed the open corruption in the system especially when it comes to environmental issues. He said, “there is a price for every condition we have for establishing new projects which hampers the company’s accounting to environmental threats.” He also stated that since the trees do not cast votes, the Government does not care about them at all, and thus here also the role of common people comes into play.

The grand finale of the Conclave was the mellifluous tunes from the guitar of Dr. Rahul Ram of the Indian Ocean Band which induced a once more from the participants. While the Conclave concluded, it left the participants much enlightened and more aware of their environment and biodiversity. Remembering Nature, Connecting to our roots, Understanding our duties and Soothing our brains; learning never seemed as entertaining as the Biodiversity Conclave made it to be. It also initiated a spark in the participants which sowed the seeds of change that will soon be felt and witnessed by all.

With Editorial inputs by Dr. Govind Singh. Image taken from the Poster of the Event.

Disclaimer: The views expressed in this article are of the author and reflect the author’s understanding of the various sessions, deliberations, lectures and presentations. They may not necessarily reflect the views of the individual speakers or the organisers.

http://delhigreens.com
Ujala Mall is pursuing an undergraduate degree at the University of Delhi and plans to use her first year in Delhi to become better acquainted with this city of cities.

One thought on “Conclave on Biodiversity for Everyones Life Held at Miranda House, DU” 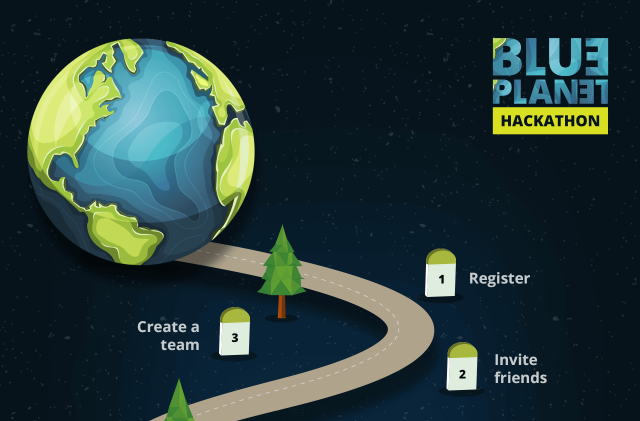