Remembering the Founder of Van Mahotsav on His Birthday 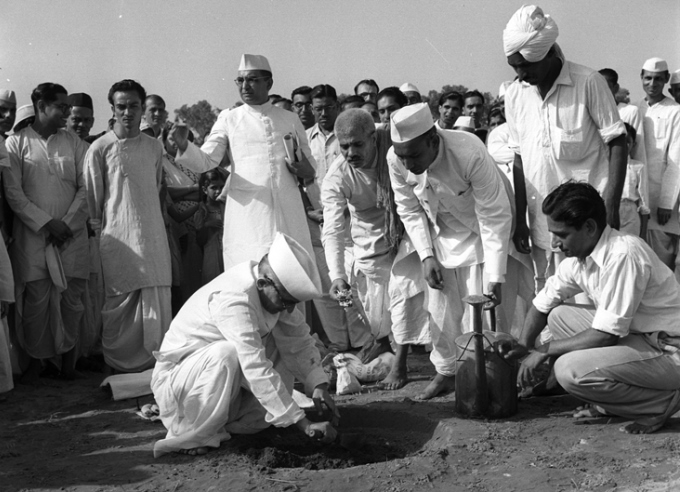 The first week of July is celebrated as the Van Mahotsav of the Forest Festival across India. The timing is just right for planting trees since the monsoon prepares the soil. Interestingly, the concept of Van Mahostav is not recent and was actually given much before the onset of the ongoing environmental crisis. The Van Mahotsav or Forest Festival was initiated by the then Union Agriculture and Food Minister of India Kanaiyalal Maneklal Munshi (popularly known as as Kulpati K.M. Munshi) in the year 1950.

Born on 30 December 1887, Kulpati K.M. Munshi was an Indian independence movement activist, politician, writer, lawyer and educationist. He remains a well-known name in Gujarati literature. He is more popular as the Founder of the Bharatiya Vidya Bhavan. Today, when the world has become conscious of ecology and environment and the role of trees, K.M. Munshi had already made planting and protecting trees an agenda as much as half a century ago. It is this vision of K.M. Munshi which has resulted in the plantation of millions of trees across India during the Van Mahotsav since 1950.

According to information provided by Bharatiya Vidya Bhavan (BVB), as a young man, Kanhaiyalal Maneklal Munshi was imbued with a sense of India’s greatness. During his teenage years, he learned from his mother’s songs and stories about the sages and seers that made the glorious past of his country. The heritage that these master-spirits represented was ingrained in the young Munshi deeply and later this incipient perception received an adult dimension.

K.M. Munshi remained active during the freedom struggle and also played his part in post-independence India. He was a prolific writer and a conscientious journalist. He started a Gujarati monthly called Bhargava and was also the joint-editor of Young India. He was President of the Sanskrit Viswa Parisad, the Gujarati Sahitya Parishat and the Hindi Sahitya Sammelan.

According to archives maintained by BVB, K.M. Munshi was also associated with the ad hoc Flag Committee that selected the flag of India in August 1947, and on the committee which drafted the Constitution of India under the Chairmanship of B.R. Ambedkar. On his birth anniversary in 1988, Indian Post issued a commemorative stamp depicting K.M. Munshi and a tree symbolising his interest in the Van Mahotsav. The role played by Kulpati K.M. Munshi in greening India is perhaps the most important and indeed needs further appreciation and recognition. Future generations are already thankful for the tree planting festivity that is his gift to humanity world wide.

Top photo caption: Hon’ble Food and Agriculture Minister of India Shri K.M. Munshi inaugurating the first Van Mahotsava at Rajghat, Delhi in 1950. The first of 108 saplings donated by the Delhi Gujarati Samaj is being planted by the Minister. The ceremony was performed in accordance with religious rites. Image by PublicResources via Flickr