How Green Are the Election Manifestos of BJP, INC and AAP? 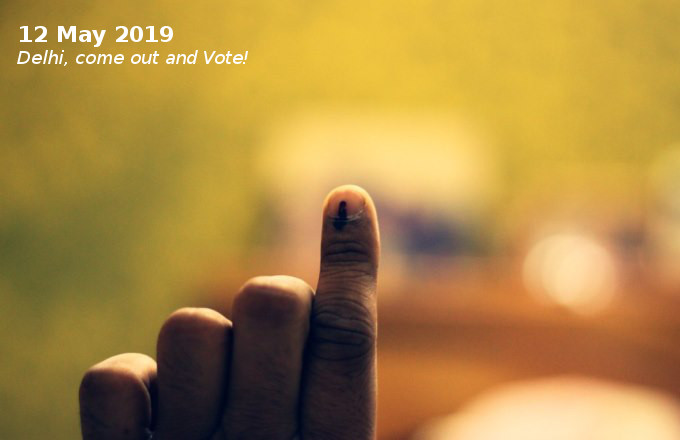 The Environment around us hugely impacts our lives in different ways. Pollution and climate change are impacting the lives of people immensely and have become one of the most talked about topics worldwide. Environment has finally made its way as an election issue, which is only an indication of how much it has degraded. Consequently, Environment is now also a separate section in the Election Manifestos of political parties.

Chaman from Delhi Greens carries out a preliminary review of the Election Manifestos of Delhi’s three major political parties BJP, INC, and AAP ahead of 12 May 2019 when Delhi goes to polls. Here are the promises made by the Bharatiya Janata Party (BJP), Indian National Congress (INC) and Aam Aadmi Party (AAP) in their respective Election Manifestos released before the General Elections of 2019.

Bhartiya Janta Party in its Sankalp Patra Manifesto recognizes several measures that the Party commits to if it comes to power. Sankalp Patra mentions that the Government has ensured speed and effectiveness in issuing of forest and environmental clearances for eligible projects. In the same sentence it says, “which led to increase in forest cover by 9,000 sq. km.” It is unclear how giving clearance to development project which remove forests has helped increase forest cover. It would help if the BJP had elaborated on this achievement and provided more clarity.

The party promises to adopt cleaner practices to make India a greener country. It mentions that in its five-year rule it has taken several technologically advanced strategies to map pollution levels in cities and rivers. The Party also points out that pollution levels have been reduced in major cities, including in the national capital. The construction and inauguration of the Eastern and Western Expressways have reduced the total number of vehicles, especially truck, plying on Delhi’s roads.

BJP plans to elevate the National Clean Air Plan into a Mission and pledges to focus on 102 most polluted cities. It has targeted to reduce levels of pollution by at least 35% in these cities in the next 5 years. The Sankalp Patra also suggests that the Party will continuously work for the welfare of forest dwellers, particularly the tribal communities. 100% disposal of liquid waste through emphasis on faecal sludge management and making India Open Defecation Free are some other promises of the BJP.

BJP promises to ensure a clean and uninterrupted flow of River Ganga with 100% treatment of waste water falling into it. The party will provide special financial assistance to Himalayan states in the form of Green Bonus to facilitate protection of Himalayan forests.

The Indian National Congress promises to put India at the forefront of the battle against global warming and protection of the environment. Congress Party has also pledged to strengthen the National Clean Air Programme to tackle air pollution. The party also promises that by the year 2025 the forest cover would be increased to 25% from the current level of 21%.

Congress promises in its manifesto to put a complete ban on import of all types of waste. Congress will revisit the disaster management plans and will include in it domestic animals, plantations, etc. Congress has also promised to widen the Annual Budget and base it on the principles of green budgeting. It has promised that steps would be taken to make India a green manufacturing hub and will reduce tariffs and lift trade barriers for the adoption of cleaner technologies. Green budgeting will certainly help citizens understand the impact of environmental degradation.

Congress plans to work with State Governments to stop effluents discharge in the rivers. It also pledges to preserve wildlife habitats and minimize human-animal conflict. A solid waste management plan will be floated if Congress comes to power and those engaged in the waste management will be provided safe working conditions. An independent, empowered and transparent Environmental Protection Authority (EPA) is a key promise in the Election Manifesto of the Congress Party. Biodiversity Conservation in Himalayan range and Western Ghats and protection of Coastal Zones of the country also finds mention in the Congress Manifesto.

The Aam Aadmi Party (AAP), one of the youngest Party, on the other hand is vouching for full statehood for Delhi. The Party, in its Delhi manifesto, explicitly mentions that if it comes to power – with full statehood – all buses in Delhi will be converted to electric buses. The Aam Aadmi Party promises to implement vacuum cleaning of all major roads in Delhi along with taking measures to reduce road dust.

The Election Manifesto of AAP focuses on compliance. It pledges that construction sites would be inspected regularly by DPCC and local bodies and strict action will be taken in case of non-compliance. AAP also promises to make citizen committees who will work to report violations of Rules, thereby ensuring timely action.

AAP promises new bus depots on 300 acres of land and that there will be increase in the fleet of buses to 16,000 in next 5 years to enhance public transportation, if the Party comes to power. The party also plans to rejuvenate the floodplain of River Yamuna by banning unauthorised construction. It pledges to develop 50 ghats as well as introduction of water ferry service. The protection of the floodplain of River Yamuna is indeed an important measure that urgently needs to be taken.

Though there is now much sensitivity in the different political parties about Environment and Biodiversity, but still, a national discourse for ensuring a top-down planning to support bottom-up initiatives still seems to be missing. In either case, the people of Delhi are urged to go out and Vote on 12 May 2019 and exercise your right to and have your opinion heard through the election process.