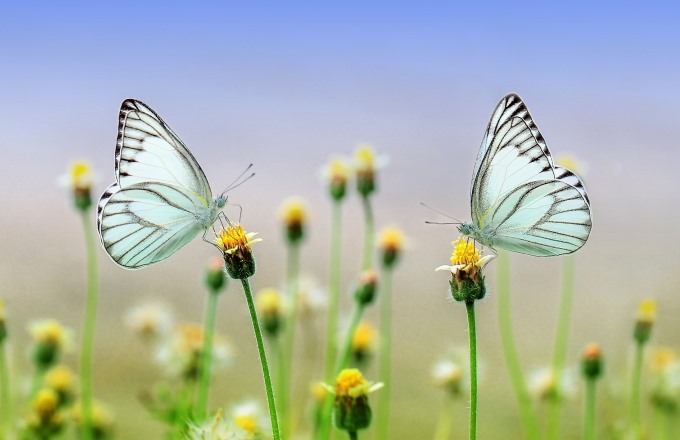 Among those uncountable sundry childhood memories, which we cherish and reminisce, chasing butterflies remains one of the most beautiful and common. The enchanting nectar hunt of this little gorgeous insect, from one flower to the other, has always been our favourite show.

It was this Miss Butterfly who accompanied us even in our nursery poems and stories. She did not appear alone but was accompanied by Mr. Bug, beetle, grasshopper and other members of this colourful gang. They have always been our good friends, aggrandizing our gardens and lanes, humming around us the mellifluous, small pitch, sporadic, yet rhythmic music of evenings from time immemorial.

But what if we had never known them? What if the only tiny living organisms we had shared our experiences with, were scummy, skittering pesky creatures like cockroaches, fleas, houseflies and pests? Would it not be a nightmare? Appallingly, this scary imagination is going to be a harsh reality for the coming generations if we continue the ardent pace of our lives without missing and acknowledging them.

A shocking revelation in the Journal Biological Conservation suggests that more than 40% of the insects around us could become extinct in next few decades. Simultaneously, the population of the resilient, adaptable and general species like that of houseflies, cockroaches and fleas is likely to bloom. The signs are catastrophic and figures alarming. The United Nations has already put the World on Notice and a recent major UN report states that 1 million species are about to go extinct!

Although some species of insects are vectors of serious diseases (mosquitoes, fleas), or others destroy crops (locusts, true bugs), but a world without insects is inconceivable. Their importance in interconnected ecosystems and food chains can never be undermined. Insects have essential roles in terrestrial and freshwater ecosystems as herbivores, carnivores and decomposers.

There are 17 times as many insects as humans, and these numbers are essential for proper functioning of all ecosystems. Insects are responsible for pollinating around 75% of the crops in the world and also serve as food for other creatures. They replenish soils and keep the number of pests in check. The decline endangers not only our honey bees, but also dung beetles that recycle waste and insects like dragonflies that start lives in rivers and ponds and devour malaria causing mosquitoes for us.

The dearth of this entomofauna and plague of pests which we see hovering on our future is not an unsolicited condition. We have ourselves invited these circumstances with all our might, especially in the past few decades. The primary cause of this extinction is loss of habitat. Be it the grasslands or wetlands, everything is vanishing in man’s quest towards intensive agriculture and urbanisation.

Another cause of this decline is the excessive use of pesticides, fertilizers and introduced invasive species. As if this wasn’t enough, climate change and pollution of all sorts have already started exacerbating their lives. Climate change may also cause emergence of new pests and other vector-borne insects.

The biggest threat of Insect Armageddon comes from Germany, where 75% of insect population have declined in just 30 years and from Puerto Rico, where due to 2 degree rise in temperature, there has been 60 fold decline in invertebrate population since the 1970s.

However, the fact that insects getting extinct is a global crisis is undisputed. The apocalypse is very near, but the neat thing about insects is, we all can do our bit to save them. We all can maintain pesticide-free kitchen gardens and organic farms. We can plant flowers and trees and invite them to nest again.

Maybe this tragedy would have never arisen in the first place and you would not have to read this article, if the world had stopped using all kinds of pesticides immediately after Rachel Carson had published the Silent Spring. Conserving the insect biodiversity is not our responsibility, it is a necessity because if they go, so will we.

3 thoughts on “Disappearing Insects, There Is No Planet B(ee)”

MCD Gives a Final Push: Segregate Waste in Your RWA or Pay Penalty

Fri May 24 , 2019
This fine is not one time and will have to be paid every time a user fails to segregate waste before giving it to the waste collector. 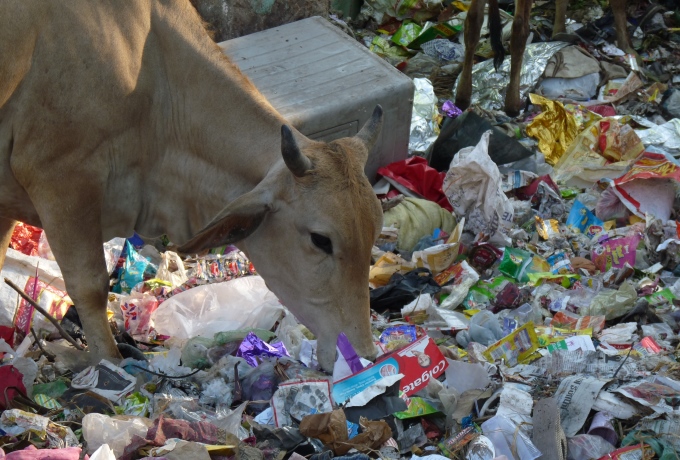