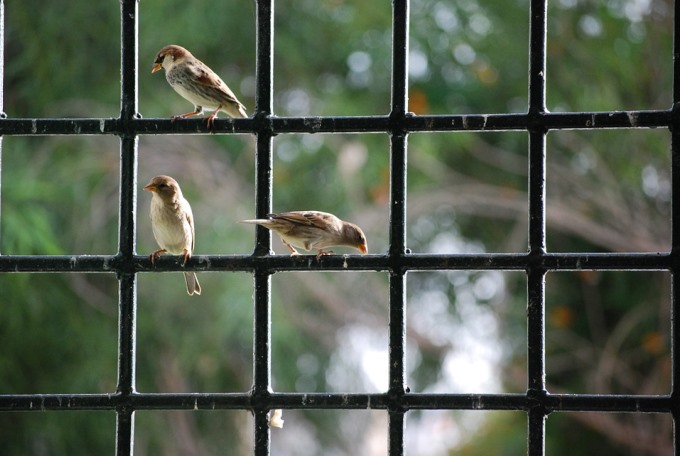 Humans have always been in a give and take relationship with Nature. However, we all know that this relation is lop-sided and the services provided by Nature are far more than any security or support man can ever render back to it. Still, our histories are crammed with accounts of absurd and ruthless ways in which Nature has been attempted to be tamed and exploited, without being understood first. Such attempts have always been self-invited disasters. One of the worst of such disaster was the Great Chinese Famine (1958-1961).

If we glint at China back in 1958, we would find an ardent wave of sparrow killing prevailing in the entire nation. On one of the days of the year, we would find Nanyang Girls Middle School rifle team receiving training in shooting birds. On another, competing over who kills more sparrows among themselves. We would find people putting traps and poisoning baits for sparrows on one day and beating drums to scare the birds from landing, forcing them to fly until they die of exhaustion, on another.

This was part of an anti-sparrow campaign which was being pursued passionately in the whole of China and people of all ages and occupation were equally mobilized. They used to kill sparrows’ chicks and destroy its eggs besides tearing the birds and their nests apart immediately at slightest encounter. At times they would even chase and hunt lakhs of them down in their leisure.

But why were people so mindlessly murdering sparrows? and how did things turn out to be a disaster? The answer again lies in the erroneous judgement passed on Nature, this time by rulers and their regimes. Mao Zedong, the hardliner communist who ruled China from 1949 to 1976, initiated Great Leap Forward in 1958. As a part of it, farming was turned into a collective, state-sponsored activity.

Now, agriculture was state’s responsibility and so were its problems. Mao, who was neither an ecologist nor an environmentalist declared the extermination of four pests, which included rats, mosquitoes, flies and sparrows from the country. The other three pests were held responsible for spreading diseases like malaria, typhoid, plague etc., while sparrows, according to Mao, were getting in the way of the economic development of Republic of China by eating away grains.

The tinsel of 4.5 kg of grain, which according to the estimation of the time, the bird took a year to consume had become an apple of discord for Mao. Mao believed that sparrow extermination would increase agricultural output. The Chinese Government even declared birds as public animals of capitalism.

The result was exactly opposite of what had been anticipated and the Great Leap Forward proved itself to be a massive environmental setback for China. China suffered one of its worst famines as a consequence of the complete extinction of sparrows.

Sparrows, as was later realized, not only ate grains but also fed on crop-eating insects and vermin, which, in their absence, swarmed in numbers. Locusts especially, ate everything they could find, destroying acres and acres of land and its crops causing huge loss to the state. Use of large amount of pesticides, misuse of poisons (to kill sparrows and insects), widespread deforestation etc. only added to the misery.

It is estimated that China’s total population loss during the Great Leap Forward was around 76 million. The situation became so worse that there also reports of cannibalism during the famine years. Thousands of people were also murdered for speaking against the Government’s decision making.

Eventually, Mao and his government changed its opinion under the influence of ornithologist Tso-hsin Cheng. They ordered an end to the campaign against sparrows, replacing them with bed bugs. Soon, the Chinese Government even started importing sparrows from Soviet Union, thus, not giving up on the idea of attempting to conquer Nature.

Interestingly, this topic remains a taboo in China and books like Tombstone, which talk about the nasty tragedy, are banned in China. It seems China is reluctant to accept or learn from its past. Showing indifference to what happened back in 1958, China initiated another similar campaign in 2004, where it culled 10,000 civet cats in an effort to eradicate the disease SARS. It also launched a patriotic extermination campaign that targets badgers, racoon dogs, rats and cockroaches.

It is unfortunate that China still has not understood the overarching lesson from the apocalypse that thrust on it. Doesn’t matter how much mankind claims to know, we know nothing of the processes involved in Nature. Although we blithely indulge in the provisional, regulating and cultural services provided by nature but we still, know nothing of its supporting services which keep us alive.

Thu Jun 6 , 2019
The hands-on environmental workshops at Agilent India helped get across the message of environmental protection to all its employees. 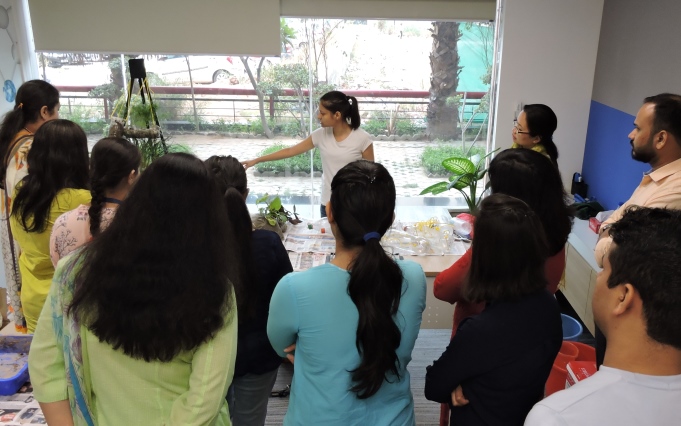